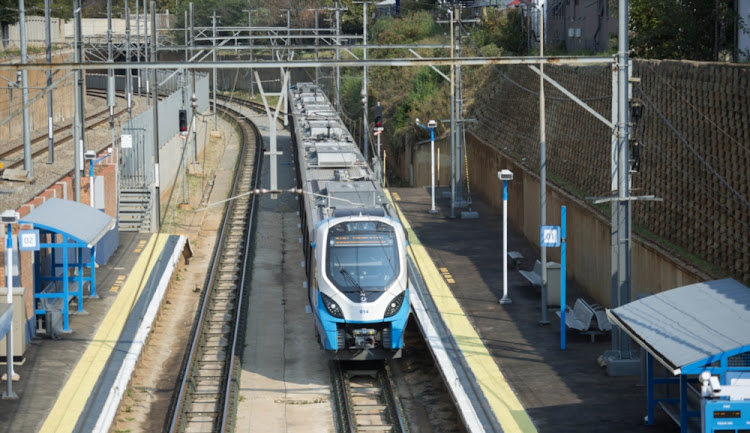 ANC president Cyril Ramaphosa on Monday lamented the crisis for train commuters in the country, saying the Passenger Rail Agency of SA (Prasa) must fix the situation forthwith, "otherwise heads will roll".

Ramaphosa was on an elections campaign drive in Tshwane where he took a 50km train journey from Mabopane to Pretoria.

And the experience was far from positive, as Ramaphosa did not expect the trip to take three hours because of delays and the train getting stuck along the way.

The president, who was accompanied by Gauteng premier and national vice-president David Makhura, said his "new dawn" and "renewal" project must find expression in the turning-around of train services in the country.

"We saw for ourselves how the train service is really bad for the people of our country. First they arrive late, and therefore everybody arrived very late at their work places and people tell me every day is the same with late arrivals," said Ramaphosa.

"And once we were on the train, it was moving slow and stopping abruptly without any explanation. It is unacceptable that a trip of 50km can take us three hours and it must come to an end. We are going to talk to Prasa to get things right or otherwise heads must roll."

President Cyril Ramaphosa was stuck in a Metro rail train and Twitter is flooded wih reactions.
News
3 years ago

Ramaphosa said it was "unacceptable" that people who commuted to and from work  daily were getting fired for arriving late because of train delays, thus having a negative impact on productivity and ultimately the economy of the country.

"This has a negative impact on the economy with people arriving late at work, some of them get fired, some get warnings and some get disciplined. We are on the renewal path of fixing things that were messed up in the past. This train situation is one of the things that must be put right and that must happen now, not tomorrow."

With the May 8 general elections on the horizon, Ramaphosa urged ANC voters to go out in their numbers to vote.

On that day, said Ramaphosa, everything couples did in the morning must be secondary to the primary objective of waking each other up to go and vote.

"Even I will wake up and wake up my wife, we will just brush our teeth and see to everything else when we come back," said Ramaphosa.

He also expressed concern at what he said was a tendency of ANC voters who procrastinated on election day and ended up not presenting themselves at voting stations to exercise their democratic right.