University of Limpopo students demand a campus bar 'for their safety' 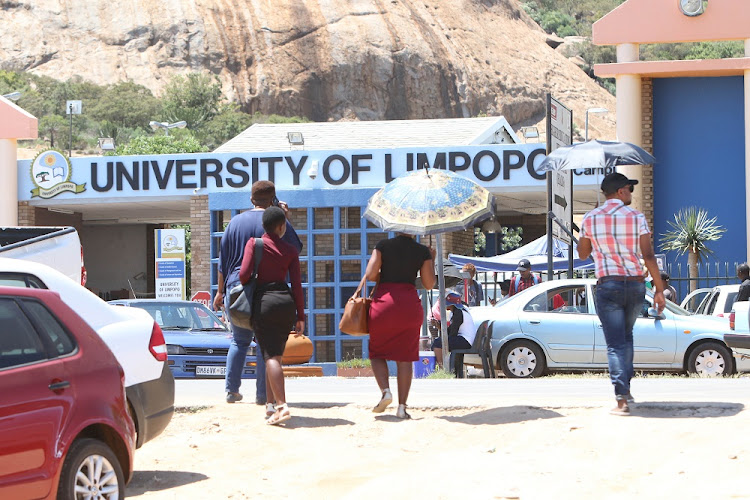 Students have called for a bar to be opened at the University of Limpopo so they can imbibe in a safe environment.
Image: Sowetan/ Antonio Muchave

Academic activities at the University of Limpopo were temporarily suspended on Wednesday after protesting students demanded, among other things, a "student bar" where they could imbibe in a safe environment.

"We’re saying we want a student bar. Our students are being stabbed left, right and centre when they go to nearby bars to drink," SRC secretary-general Thabiso Molepo said on Thursday.

"We are not saying they must drink - or promoting that - but we know that they are already drinking, so we want them to drink in a safe environment."

Molepo said the SRC had dealt with far too many cases of students who were injured, assaulted and even raped at nearby pubs and taverns.

"We deal with cases almost every Monday and something needs to change. Just last year a student was stabbed to death. We had one that was raped and many others that were injured because these places are not safe," he said.

"We had minor disruptions yesterday. Students submitted their demands and the university is engaging with the SRC in an attempt to address their demands. I can confirm that everything is back to normal today," he said.

SASCO disrupted classes today at the University of Limpopo because they “demand a students’ bar.” Of all the pressing issues students face there, a students bar is the number one priority for SASCO!Talk about skewed priorities! pic.twitter.com/3lnphOB4S7

Selepe  acknowledged that a bar was one of the students' demands, but did not comment on the prospects of one being opened. A meeting was under way with student leaders to discuss the way forward, he said.

Molepo said the call for a student bar was not received well by management.

"The management was a bit shocked, but I think they understand because they also have seen and heard of the many cases we deal with after every weekend … and it just has to stop," he added.

If management acceded to the demand, the bar would only operate on weekends, would be monitored by security personnel and would not interfere with academic activities on campus, according to the SRC.

The students' demands included a review of the registration system; taking a stand against all forms of exclusion; refurbishment of the swimming pool and library; and for the health-care centre to operate 24 hours a day; addressing the safety of students on and off campus; assistance with postgraduate funding and NSFAS-related matters; commercial washing machines; and the payment of allowances directly into students' bank accounts.

We have a 'generation of horrible kids', says educational psychologist after Themane murder

"Kids don't have joy anymore."
News
2 years ago
Next Article