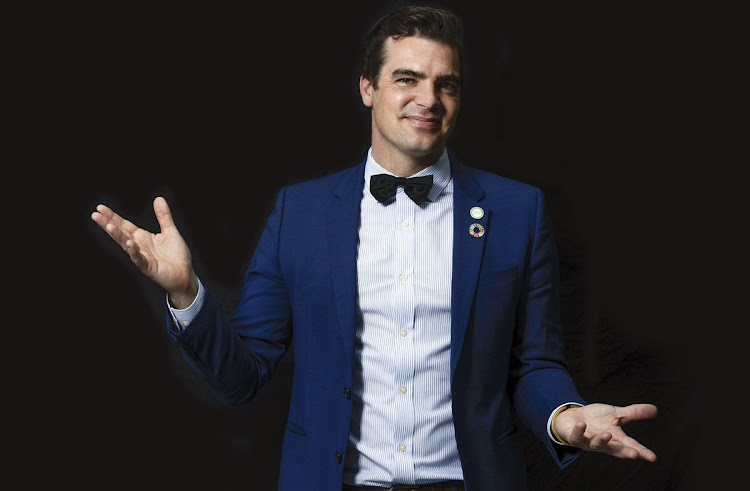 World Bank employee Max Thabiso Edkins was one of the 157 victims on board the Ethiopian Airlines flight that crashed soon after take-off from Addis Ababa to Nairobi.

Connect4Climate confirmed its employee was on board the flight, stating: "On March 10, we lost a dear friend and the world lost a true climate leader."

"Max brought passion and enthusiasm to everything he did, and his commitment to climate action never wavered. Our hearts are with his family and friends," the group said.

Since January 2013 he had worked as a climate communications expert on the Connect4Climate programme of the World Bank Group.

He had been scheduled to attend a week-long conference convened by the UN Environment Programme (Unep) in Kenya from Monday.

Edkins, 35, was born in Lesotho and grew up between Lesotho, Germany and South Africa, according to the World Bank.

We are deeply saddened by the death of Max Edkins @maxthabiso in the Ethiopian airline crash. Max @Connect4Climate tirelessly supported @earthdaynetwork and was a special friend. Our thoughts are with his wife, baby and @WorldBank colleagues

He completed his undergraduate in natural science, conservation biology and economics and held an MSc in environmental change and management from the University of Oxford, where he focused on renewable energy, climate change mitigation, and the role of businesses and media.

Edkins had worked as a marine biologist and ecologist in southern and eastern Africa and as a renewable energy specialist advising on climate change and energy policies in South Africa.

He was also a photographer and filmmaker.

He initiated and coordinated the ClimateConscious Programme and was involved in the international Why Democracy? and Why Poverty? media campaigns.

Max Thabiso was on his way to continue a programme that will empower and support Young African entrepreneurs for good.

Last year we joked that it was time for him to be formal known as Max ‘climate’ because, the good work of @Connect4Climate. He was 35 years old.

So sad to hear about this. Met Thabiso last year at a meeting. He introduced himself to me and we spoke at length about our Southern Africa connection, such humility. A true gentleman and professional. Thoughts and prayers for the family. RIP

The Ethiopian Airlines plane that crashed on Sunday, killing everyone on board, had been piloted only hours before from Johannesburg to Addis Ababa, the airline disclosed.

The airline said in a statement after a press conference held at Ethiopian Airlines'  headquarters on Sunday afternoon the plane had crashed shortly after takeoff. The crashed B-737-800MAX airplane had undergone "a rigorous first check maintenance" on February 4 this year, the carrier said.