KZN man presumed drowned in flood has been found alive 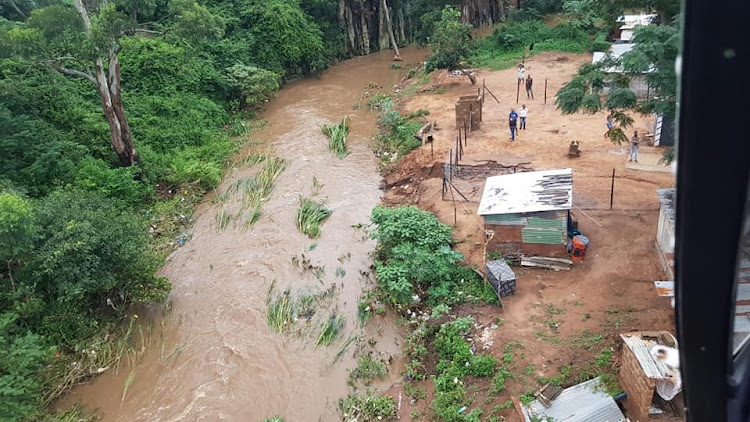 Rescue workers found the body of a KwaZulu-Natal man who had been swept off a bridge during flash floods. A second man believed to have drowned has been found alive.
Image: Reaction Unit SA

One of the two men swept off a bridge during a flash flood in Verulam, north of Durban, on Sunday has been found alive.

The man, according to the Reaction Unit of SA, is believed to have clung on to vegetation and eventually managed to pull himself out of the raging river.

The heavy current swept the second man down the river.

His body was recovered by rescue workers late on Monday, near Hazelmere Dam about 1km from where he was swept off the bridge.

Co-operative governance and traditional affairs (Cogta) KwaZulu-Natal spokesperson Senzelwe Mzila confirmed that one of the men was found alive while "the body that has been recovered is believed to be that of the second man".

Parts of KwaZulu-Natal, particularly areas north of Durban like KwaMashu and Verulam, were badly hit by flash floods, leaving roads and homes flooded and damaged.

Mzila said "in another incident, a 12-year-old child is believed to have drowned in the uMshwathi local municipality.

"Police say that search operations had to be called off when crocodiles were spotted in water."

Mzila said Cogta MEC Nomusa Ncube-Dube visited flood-ravaged KwaMashu as well Amaoti, north of Durban, where a mother, father and child had been washed away.

"The bodies of the father and child have been recovered but the mother is still missing."

"The latest updates mean that three bodies have been recovered since yesterday and two are still missing," he said.

North West police were on Friday trying to piece together how two boys, alleged to have been kidnapped from  a park near Mahikeng earlier this week, ...
News
2 years ago
Next Article