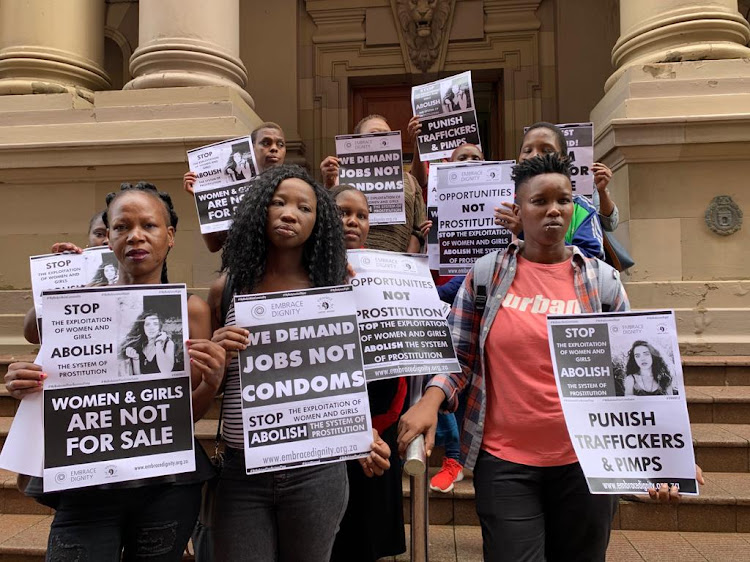 Protesters from Kwanele and SWEAT create awareness outside the Durban High Court ahead of the Siam Lee murder case on Monday March 11 2019
Image: JACKIE CLAUSEN

Groups lobbying for justice in the case of slain Durban escort Siam Lee say they will follow the case carefully as it brings into focus the vulnerability and plight of sex workers.

This as the 30-year-old businessman who faces a raft of charges following Lee’s disappearance and murder, as well as the rape of another woman, made a brief appearance in the high court on Monday morning.

The man, who cannot be named until he has tendered a plea in relation to the rape charge, looked composed and smartly dressed  in a navy blue suit and tie.

The case was adjourned to April 11 for a pre-trial date hearing.

Behind him the public gallery was bursting at the seams as members of various women against gender-based violence groups and sex worker organisations piled into court to show support for Lee following her brutal murder in January last year.

"We are not happy with the adjournment because we know that these are delay tactics used by lawyers to derail the case.

"We will be following up this case until the end and no amount of money that the accused has will stop us." 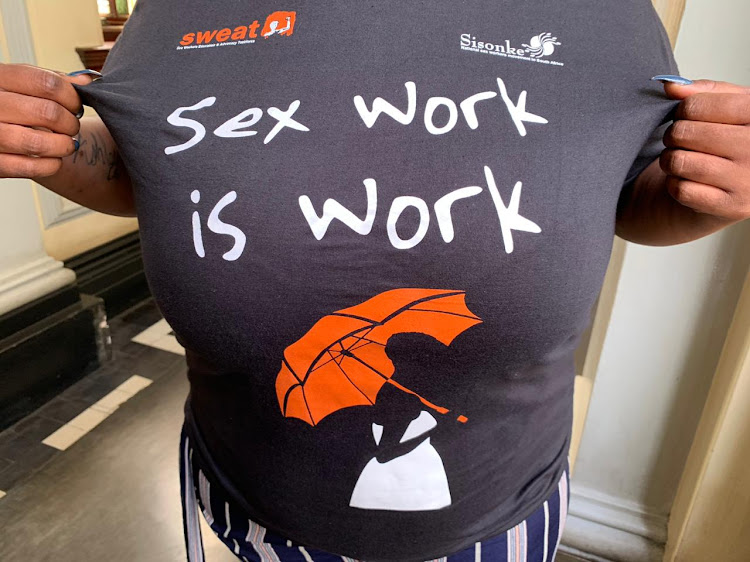 A member of the group SWEAT showcases her t- shirt in support of slain escort, Siam Lee. The man accused of Lee's murder appeared in the Durban High Court on Monday, March 11, 2019
Image: JACKIE CLAUSEN

Sphindile Cele, a member of Kwanele, a movement comprising survivors of prostitution, said they would continue to fight to ensure that there were exit strategies in place for woman wanting to leave behind a life of sex work.

"We are here because we are against the system of prostitution - no one wakes up with the dream of being a prostitute. What happened to Siam was not supposed to happen, it was because she was vulnerable."

Cele appealed to the government to assist organisations attempting to help sex workers.

"We need resources so we can help them and that they can exit freely because currently there are no programmes available to allow them to get out of that kind of lifestyle," she said.

The high court ordered that the accused adhere to his strict bail conditions, one of these being that he report to a police station three times a week.

His attorney, Reial Mahabeer, told our sister publication TimesLIVE that a woman who was protesting outside court had allegedly slapped his client and thrown rocks at him after the matter was adjourned.

A movement of survivors of prostitution‚ Kwanele‚ will stage a protest outside the Durban Magistrate’s Court on Monday.
News
2 years ago
Next Article