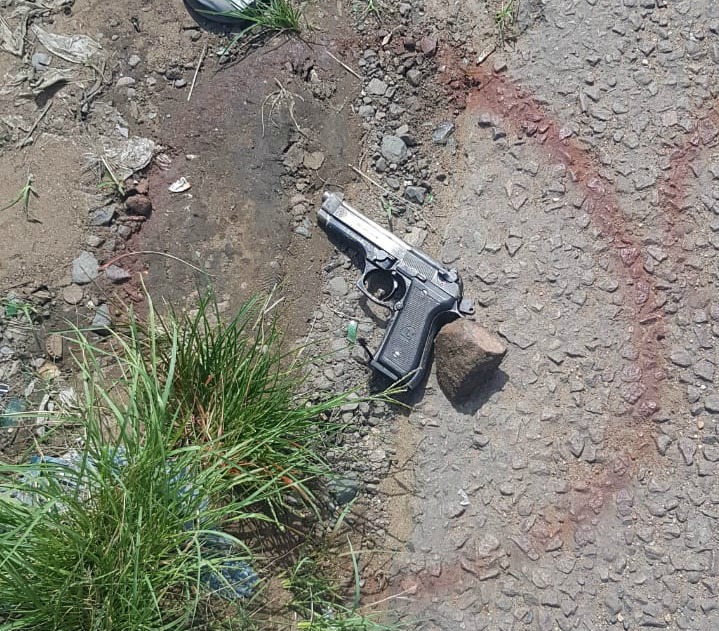 Two men allegedly robbed a policeman of his gun after escaping from the holding cells at Umbumbulu Magistrate's Court. One of the men was later shot dead.
Image: supplied

A prisoner was shot dead by police during a daring escape from the Umbumbulu Magistrate's Court holding cells, south of Durban, on Tuesday morning.

Reports from the scene indicate that two men allegedly robbed a police officer of his firearm after escaping from the holding cell.

A man in his 30s was shot dead outside a mall in Crown Mines‚ Johannesburg on Sunday morning‚ paramedics said.
News
2 years ago
Next Article