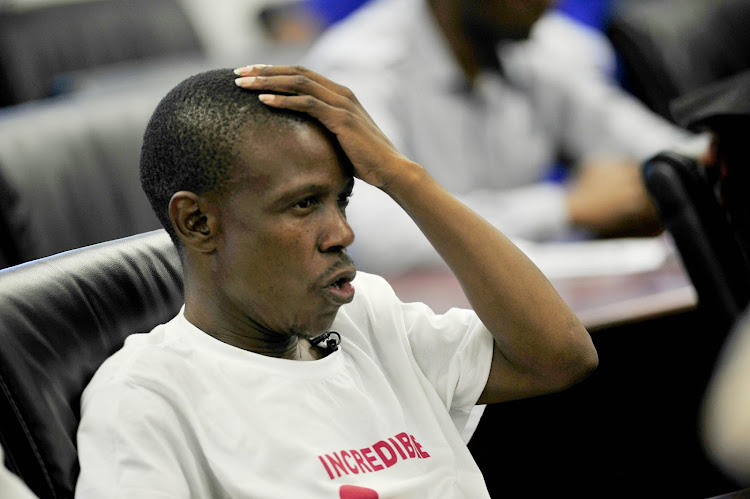 Incredible Happenings Ministries leader Paseka "Mboro" Motsoeneng has been stood up twice in less than a week - first by Alleluia Ministries' Alph Lukau last week, and then by pastor Shepherd Bushiri on Tuesday.

Mboro went to Bushiri's Enlightened Christian Gathering church for a meeting with his fellow clergyman on Tuesday, but he was instead met by security personnel who told him that Bushiri was not there. His next service, they said, would be on Friday.

This is just a few days after Mboro went to Lukau's church demanding to see him over allegations that the Alleluia Ministries' leader brought a man back to life. Lukau was not there at the time.

Mboro has resorted to opening a case against Lukau.

On Tuesday, Mboro told the media that he had gone to see Bushiri to clear his name over reports that he claimed to have gone to heaven. Mboro maintains that he never claimed to have seen the gates of heaven and that Bushiri had taken responsibility for the "fake news" as his former public relations officer had created fake social media accounts under his name.

"There's been a smear campaign against my name, that Mboro went to heaven and saw Jesus having sex with a Xhosa woman and that he sold pictures he took," said Mboro, speaking to our sister publication TimesLIVE from behind a locked gate.

The controversial pastor said he wanted to clear his name because the matter had been "resurrected" after reports that Lukau had raised a man from the dead - a claim that Mboro has criticised.

"After what happened at pastor Lukau's church, people say, 'How can Mboro condemn fake resurrection, yet he is selling pictures [of heaven]?'

"I decided that we should do [the apology] publicly.

"Last year Major One [Bushiri] made peace with me and apologised. We are not fighting. I just want us to do [the apology] publicly," said Mboro.

Prophet Paseka "Mboro" Motsoeneng again had no luck in meeting a fellow pastor on Tuesday March 5 2019, when he was set to meet with prophet Shepherd Bushiri, who turned out to be a no-show. This follows Mboro’s disappointing visit to pastor Alph Lukau’s Alleluia Ministries on Thursday February 28, when he was denied access.

Despite Mboro's intentions - and claiming to have called and messaged in advance - Bushiri was nowhere to be seen at his church.

Mboro told the media that he and Bushiri had made peace and visited each other in their homes. "I don't know him as a man who is fighting me. I'm just a brother asking to make peace publicly, like we did privately," he said.

"That [allegations] tarnished my reputation internationally. The Lukau resurrection challenge resurrected the bad vibes that Major One and I had. That is why I came to say, 'My brother, what we buried has been resurrected,'" he said.

In 2016, Mboro made headlines after Facebook posts of him "going to heaven" went viral.

A year later, the controversial pastor made headlines again when details of his alleged visit to hell trended. "When I got to hell, there was a queue of millions of people waiting to be braaied by Satan. I even saw some prominent South African politicians," the post apparently read.

Mboro claimed to have later found out that it was Bushiri's former employee who had created fake accounts to make those posts, for which he had apologised.

"I wanted us to speak again publicly and tell people that we spoke and put the matter to rest. I came here to say, 'Give me a decree of clearance so I can take it everywhere,' - because after this I am going to complain against the CRL Rights Commission at the Human Rights Commission. He's my witness at the moment," said Mboro.

“Let's not fool people. Stop lying in the name of God.”
News
3 years ago
Next Article