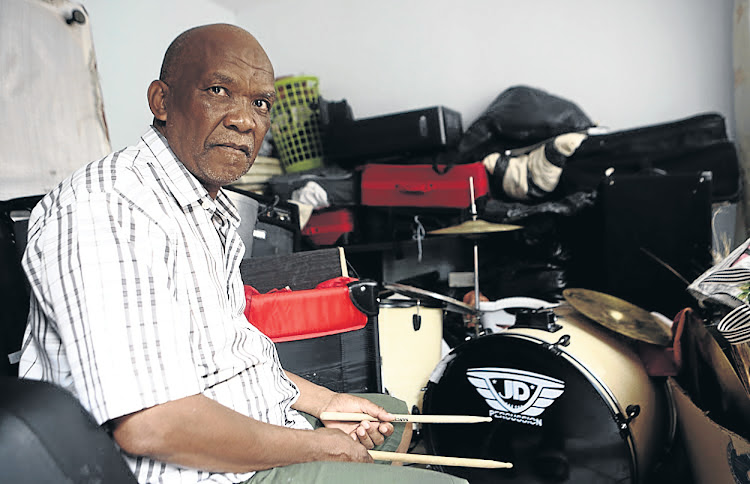 Pastore Mahlapahlapana Themane next to his son's drums, which Thorisho used to play before his gruesome murder in Polokwane last week.
Image: Masi Losi

The father of Thorisho, pastor Mahlapahlapana Themane, is ready to face his son's alleged killers in court this week.

Themane, who did not attend court last week when six pupils appeared in connection with his son's brutal murder, told Sowetan he had now gathered enough strength to face them.

Cele said at the funeral service that he would talk to the NPA and the department of justice to ensure that there is harsher punishment for those responsible for Thorisho's gruesome murder.

Yesterday, Themane told Sowetan he was prepared to meet those behind his son's killing in court.

"I've gathered enough strength and I am ready to attend court," said Themane.

"I'm aware that coming face to face for the first time with my son's killers might inflict pain on me.

"For now, the wound of having lost my son in such a horrible manner is healing," he said.

Hundreds of mourners were present to bid the final farewell to Thorisho Themane at his funeral today in Polokwane, Limpopo.
News
2 years ago

Nine people, including six minors, who are pupils at various schools in Polokwane, have been arrested for Thorisho's killing.

The six minors appeared in camera in the Polokwane magistrate's court on Thursday and were remanded in custody to allow for further police investigations. While three others were arrested on Thursday.

They will all appear in court today.

Themane said none of the family members of the people arrested for killing his son has approached him to either show support or remorse for what their children did.

"None of the family members of those responsible for my son's killing has shown up. I've not spoken to them either," he said.

Themane said he was willing to meet with the families whenever they come forward.

Meanwhile, a former policeman, whose 15-year-old pupil son is among those arrested in connection with Thorisho's killing, said yesterday he was not comfortable to speak about the matter.