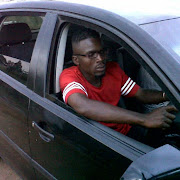 Image: Supplied Tebogo Malatswane who was stabbed to death in Mayfield, Daveyton.

A 26-year-old man was rescued from an angry mob baying for his blood after the man had stabbed his landlord in Daveyton, Ekurhuleni.

Tebogo Malatswane, 31, was killed in Mayfield, next to Marikina informal settlement, allegedly by his tenant on Monday. The tenant  is now fighting for his life in hospital after being attacked by an angry mob in what seemed like mob justice.

A community member, who did not want to be named, said: “This guy is lucky to be alive and he was really going to die because we are tired of the murders in our area and police keep rescuing them when families have lost their loved ones.”

Ramaube said Malatswane was found lying dead in a pool of blood from seven stab wounds and was confirmed dead at the scene.

“A first-degree murder case was opened and the suspect was charged, however he is fighting for his life due to injuries sustained from the mob attack. He will be appearing at the Benoni magistrate’s court,” he said.

The  deceased’s older brother, Walter, said they wanted justice to be served.