'I am going to teach you a lesson': Mom beats teacher with umbrella 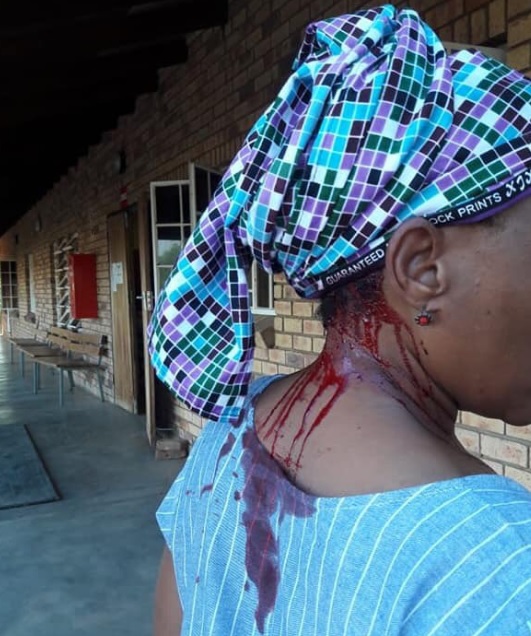 A teacher was assaulted with an umbrella by an irate parent (image edited)
Image: uNdlunkulu Xoli via Twitter

A mother is due in court on Monday, accused of beating her child's teacher with an umbrella.

The 52-year-old teacher was about to enter the school premises with two of her colleagues when she was accosted by the parent at the gate.

The 40-year-old mother accused the teacher of ill-treating her child, said Tselanyane.

"She allegedly told the educator that she will teach her a lesson. The educator was allegedly still responding and explaining that she does not ill-treat learners when the suspect attacked her with an umbrella she was carrying."

Social media user uNdlunkulu Xoli said the teacher had been accused of preventing the child from going to the toilet.

The teacher was bleeding after being beaten around her head and on her hands.

Although the mother fled after the attack, she was returned to the school by members of the community.

She is expected to appear before the Mogwase Magistrate's Court on Monday, said Tselanyane.

Mpumalanga's education department confirmed on Sunday that a Witbank teacher who was suspended for allegedly locking a grade 1 learner in a ...
News
3 years ago
Next Article