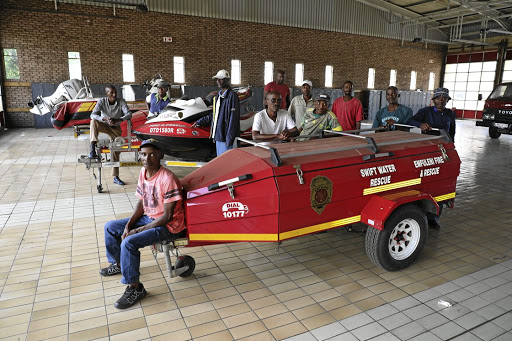 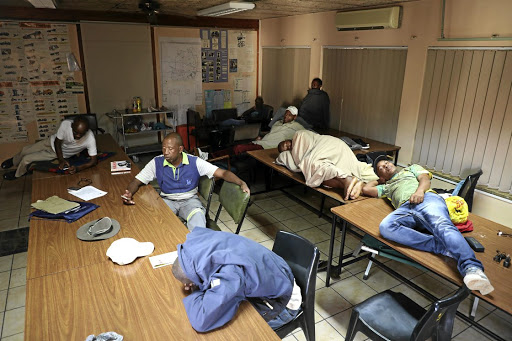 But the beneficiaries of the initiative have since been left in limbo without jobs after the Emfuleni municipality pleaded bankruptcy when they turned up for employment.

At least 14 of the 21 members of the South African Military Veterans Association who underwent training last year have staged a sit-in at the Vereeniging fire station demanding to be employed.

The 21 included former ex-soldiers and some dependants of the veterans.

They said they completed a four-month firefighting and rescue operation course with the hope of gaining employment at the municipality. Their training last year at the St Francis firefighting academy was paid for by the department of military veterans at a cost of more than R38000 per person.

The Department of Military Veterans (DMV) needs about R489-million to assist 11‚600 veterans with their basic and tertiary education studies this ...
News
4 years ago

One of the veterans, Alfred Moeletsi, 51, told Sowetan the course was an initiative of the national military veterans association that started at the JB Marks municipality in the North West last year. He said they were sent from pillar to post when they demanded answers on the jobs they were promised after completing the course.

"We have a memorandum of understanding between the department of military veterans and the Emfuleni municipality with us that is also gazetted, that states that we are to be placed as beneficiaries," said Moeletsi. "We are family heads and have our wives and children to support but we have been belittled after fighting for this nation."

Another veteran, Sabatha Dlamini, 52, said: "I had hope that my struggle for employment would be over."

Emfuleni municipal manager Oupa Nkoane said the municipality was bankrupt and could not afford to employ the members.

"They want jobs in an economically depressed region. We do not have the budget to accommodate them because we have no money and I am throwing this one back at the door of the department of military veterans," he said.

Nkoane said it was unfortunate that the department did not want to come to the party after training the group.

Cyril is a liar: MKMVA

The Umkhonto we Sizwe Military Veterans Association (MKMVA) has labelled deputy president Cyril Ramaphosa as a liar who is seeking to capitalise on ...
News
4 years ago

"If they could give us money to absorb these candidates we could be able to follow the proper recruitment process and place them where there are posts," he added.

"But I am even reluctant to go address them because I cannot commit to anything. We need political intervention on this matter."

"Everyone who comes to the academy with the will to acquire the skills is trained thoroughly and in their case we even had commitment letters from the department of military veterans to train them," said Moloto.

But fire expert Waynard Englebrecht said the recommended age for a fire fighter is up to 34 years.

"You cannot put an old person who is already starting to face health issues through the harsh environments of big burning buildings and emergency calls that require running around... they should be commanders or senior officers within the job."

The department of military veterans did not respond to Sowetan's request for comment.