WATCH | 'Quite frankly‚ I don’t need lessons in sharing': Johann Rupert in 20 quotes 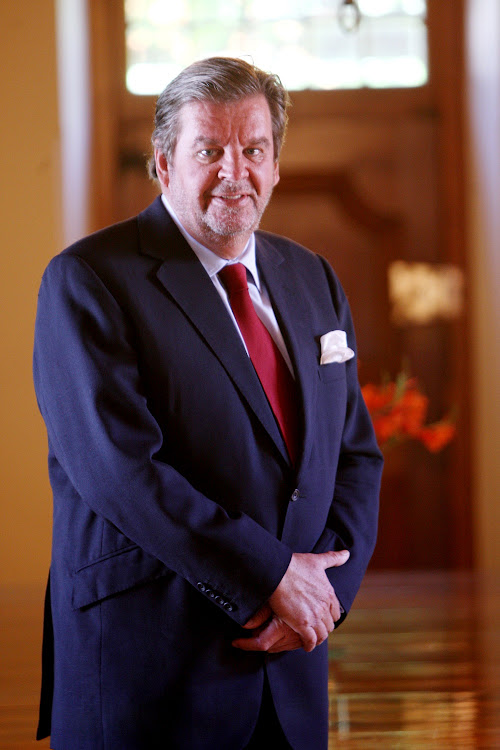 “I was smart for 68 years. This [agreeing to be interviewed] was a dumb move.”

That is what billionaire Johann Rupert‚ 68‚ said on Tuesday evening in a televised interview with MSG Afrika Group chairperson Given Mkhari.

In the interview that has drawn widespread reaction‚ Rupert touched on Nelson Mandela‚ race‚ jobs‚ corruption‚ the so-called Stellenbosch mafia and much more.

Here are some key quotes from the interview that everybody is talking about:

Later‚ when Rupert was told his remarks were being perceived as racist:

What Rupert would do if he was president: “Firstly‚ I’ll say there is no more elections like in China or in Russia. That would be the first rule: no more elections. That’s why I will never be in politics.”

On land redress: “I don’t think we’ll ever have peace unless there is a proper redistribution. I wouldn’t say land; I would say property.”

The arrogance Johann Rupert displayed when answering Given Mkhari! We need to fast track the expropriation of land without compensation process. We can’t continue being disrespected like this. #RupertOnPOWER #ChairmansConversation

According to #JohannRupert black people are lazy!?

Tell that to the MILLIONS that will be at Bree taxi rank, Mamelodi station, the factory floor, the retail store & sitting like sardines in deathtrap taxis risking their lives daily.

Yes: That’s how lazy we are.#RupertONPOWER

The funniest and most tragic thing about this individual is that he genuinely believe that he made it to where he is by his own wits,
only if he would realize how much Apartheid earmarked his family for largesse and billions in patronage.#RupertOnPOWER

Rupert is outchea proving there is no correlation between intellect and wealth ?
Tribal slurs, tribal stereotypes, racial stereotypes. You would think as someone who rarely gives interviews would give a quality interview on the rare occasion #RupertOnPOWER

Oh god. I can’t take any more of this arrogant, insufferable bullfrog. #RupertONPOWER

Johann Rupert is a typical privileged white man who makes some true points but is largely advised by his inability to reconcile with the privilege of being white both pre and post democracy.

Can I get the mic?#RupertONPower#ChairmansConversation

The casualness in which racial terms are bandied about in this interview, coupled with a slight reversioning of history & the hard questions not being asked (eg. How much land he owns? What he thinks a fair social compact would be for SA? - All boggles my mind #RupertOnPOWER