I have never received R10 million from VBS - Shivambu 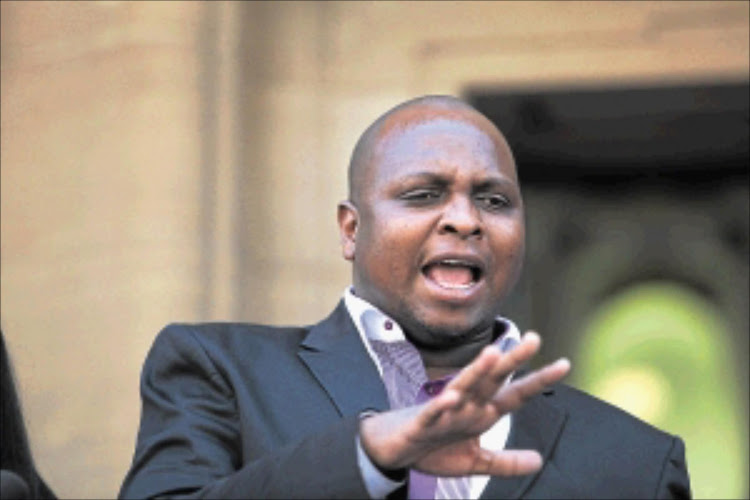 Floyd Shivambu has denied allegations that he received R10-million from his brother Brian who is said to be one of over 50 people to have money deposited into their accounts by VBS Mutual Bank.

A forensic report by SA Reserve Bank titled ‘The Great Bank Heist’ revealed that looting to the tune of up to R2bn had taken place and listed a number of people including Brian Shivambu and former executives of VBS and its largest shareholder, Vele Investments, as alleged perpetrators.

Subsequent media reports claimed of the R16m that Brian is said to have received, R10m went directly to his brother, the EFF deputy president Floyd Shivambu, through a company called Sgameka Projects.

The EFF second-in-command has denied the allegations.

“I have no dealings with VBS and attempts to link the EFF to the bank for cheap political points is a clear sign of desperation and soon enough people will see through it,” he said on Saturday.

The EFF will not suspend its deputy president Floyd Shivambu.
News
3 years ago

“The so-called well-placed sources in the SARB is (sic) a coward and a liar who misled journalists and can’t reveal their identity.”

Shivambu added that as the EFF they have always called for those implicated in the bank’s wrongdoing to be held accountable and criminally charged. He said that this position has never changed “even when the bank was under curatorship”.

He said that they also relentlessly called for the bank to be saved by being “recapitalised in the same way African Bank was recapitalised”.

Shivambu also addressed speculation on whether the EFF's attack on Momoniat was linked to his push for VBS dealings to be investigated.

Earlier this year, Shivambu “attacked” Momoniat in a finance committee meeting parliament questioning his insistence on attending the said meetings and not the person he deputises or the deputy minister of finance, bath of which are black people. He went on to say such behaviour by Momoniat is that of someone who “undermines Africans”.

Momoniat, a deputy director-general at National Treasury, was central to the establishment of the investigation into VBS bank which has ultimately laid bare the “criminal syndicate” that operated in the bank and has called for the prosecution of the perpetrators.

"Attempts to link our position on Ismail Momoniat to VBS is disingenuous and wrong. We still maintain that Momoniat undermines African leadership in National Treasury,” said Shivambu.

Ever since the VBS Heist Report was released, I see weapons of mass deception and propaganda machines hard at work to mislead our people with their fake news. For the record, I have never received R10 million from VBS or anyone in my personal account. Faceless sources reportedly to be from South African Reserve Bank, who have ulterior motives, have been misleading journalists and radio presenters with their malicious narrative. I have no dealings with VBS and any attempt to link the EFF to the bank for cheap political points is a clear sign of desperation and soon enough people will see through it. The so-called well-placed sources in the SARB is a coward and a liar who misled journalists and can’t even reveal their identity. I have no dealings with VBS and attempts to link the EFF position to business dealings are disingenuous and patently weak. The EFF’s principled position on the VBS matter has always been the following: 1. That VBS must not be liquidated and should instead be recapitalized in the same way African Bank was recapitalized.2. That all people who were associated with wrong doing should be held accountable and those who illegally benefited from the fraud must be criminally prosecuted immediately.3. That whilst the collapse of VBS was due to fraud and looting, it was also due to regulatory failure of the SARB, which fails to independently verify the capital adequacy of Bank but placed undue faith in auditing companies despite warnings about the complicity of auditors in corruption.4. That the Curator must protect the interests of Depositors.5. That the SARB should transparently manage all issues that relate to curatorship of the bank and must engage in fair practice.6. An independent commission of inquiry should be established to look into the role of National Treasury, SARB and VBS on all circumstances that led to the collapse of the bank. Our position on VBS has never changed even when the Bank is under curatorship. That is why we exposed the appointment of Nedbank to take over the accounts of VBS Depositors without due process despite the fact that there are fewer Nedbank branches and Nedbank is the most expensive. If our interest was on siphoning money from the dissolved Board Members of VBS, we would have disengaged when the bank was placed under curatorship. We however continue to closely monitor how Depositors monies, made endless call to the Reserve Bank to give people their money and motivated why the Bank should be saved. So, attempts to link our position on Ismail Momoniat to VBS is disingenuous and wrong. We still maintain that Momoniat undermines African leadership in National Treasury We are aware that in the course of struggle, we will encounter challenges and defaming such as this. We are not diverted and will fight on with even greater inspiration for economic freedom in our lifetime. No surrender! No retreat!