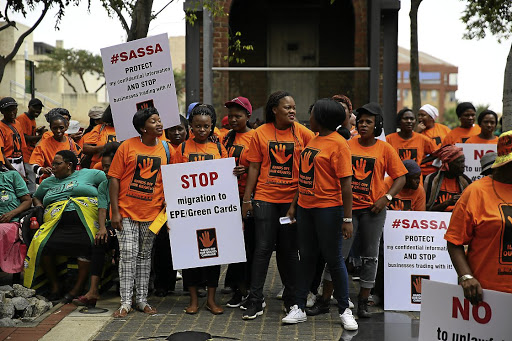 Rights group Black Sash has slammed the decision by the social development minister to suspend efforts to find a new service provider to handle the cash-payments portion of social grants.

Black Sash said the suspension by the South African Social Security Agency (Sassa) made it highly unlikely a new service provider would be appointed and fully operational by the end of September.

"We are working with shifting deadlines yet again, as the minister's papers [filed with the Constitutional Court] give no indication of new timeframes for this tender process," said Black Sash's Lynette Maart.

In papers filed with the court, Social Development Minister Susan Shabangu said she was mindful of the September 30 deadline "and I have every intention to ensure that Sassa complies with its obligations within the stated timeframe, despite my decision to suspend the tender".

However, she provided no new deadlines. The shock decision coincides with the unexpected appointment of a new acting CEO at Sassa. Abraham Mahlangu replaces Pearl Bhengu, who is regarded as an ally of former minister Bathabile Dlamini. He is the fourth Sassa CEO in three years.

On Thursday, Shabangu told the court that the terms of reference in the tender had been returned to Sassa's bid-specification committee three times for clarity and amendments.

The lack of clarity was raised by potential bidder G4S, which said that the tender document failed to provide accurate information about the number of beneficiaries.

"The issues raised by G4S could not be overlooked and consequently called for the suspension of the tender to resolve complaints raised by G4S," Shabangu said.

She called for Sassa's bid committee to be reconstituted to include people with the necessary technical skills set.