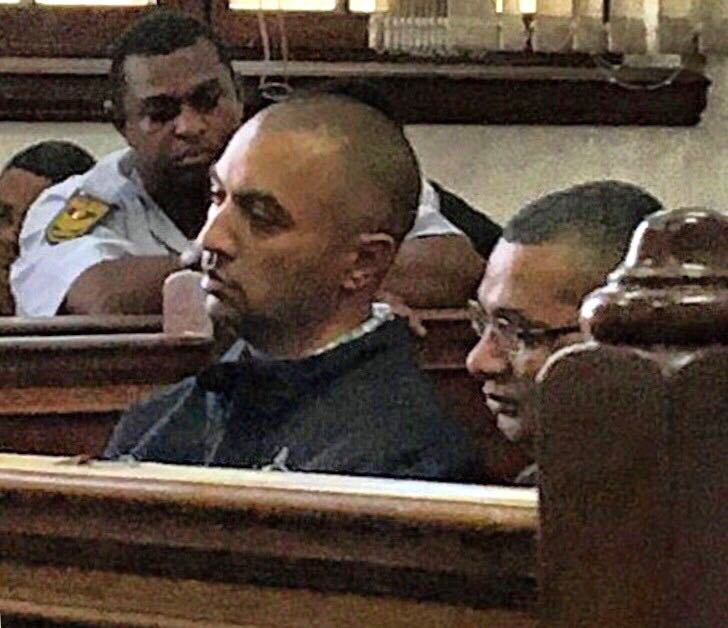 A man suspected of being a kingpin in Cape Town’s underworld‚ who faces extortion charges related to nightclub security‚ was granted bail on Wednesday.

Cape Town Magistrates Court Magistrate Joe Magela said that the State could not prove that the five men would intimidate witnesses or that they would not return to court for their next court dates.

In arguments at the end of a lengthy bail hearing in Cape Town Magistrate’s Court‚ the men’s lawyers said the state could not prove that the complainant‚ The Grand Cafe Africa at Granger Bay‚ was extorted into paying hundreds of thousands of rand for security.

The “Modack group”‚ as they are known‚ are thought to be responsible for trying to take over the security of Cape Town nightclubs from an existing security extortion group run by Mark Lifman‚ Jerome Booysen and Andre Naude.

The lawyer of Nafiz Modack says his client has heavily armed bodyguards because of a R20-million hit on him.
News
4 years ago

The bail hearing heard allegations that this sparked a turf war which resulted in several shootings and attacks on nightclubs‚ and has revealed the extent of both Lifman and Modack’s alleged connections to high-ranking police officers in the Western Cape and how they have allegedly used police against each other.

Modack and Cronje were each granted R10‚000 bail in Johannesburg on Monday after a magistrate said the case against them was “extremely poor”.

Magistrate Syta Prinsloo criticised the State and the investigating officer‚ saying the case they had outlined in Wynberg Magistrate’s Court was “nonsensical”.

The men are charged with attempted extortion after Cronje allegedly tried to intimidate Andrew Phillips‚ owner of The Grand nightclub‚ into hiring his security services in June 2017.

The case was adjourned until March 27.