I can make it rain in the Cape - Pastor Mboro 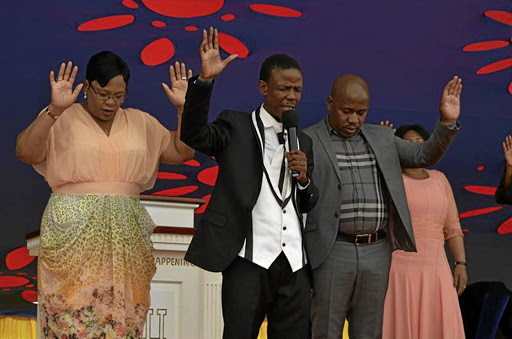 Motsoeneng, who believes in the power of praying for rain, hopes to bring relief to the desperate situation in the Mother City.

He said he was forced to step in following the outcry by Capetonians who pleaded with his office for his prayers.

He said scientists might have proclaimed that the city's taps will go dry in just over 70 days, but all that can change with God's will.

"You see, when they did the calculations of water they forgot to involve God. Everything happens through God," Motsoeneng told Sowetan.

"I do not have miracles, but through God the situation won't have to reach zero level zone. I know God will answer."

He said for the next 90 days, starting from Sunday, his church, Incredible Happenings Ministries, will start praying for an end to the drought gripping provinces such as Western Cape, Northern Cape and Eastern Cape.

In Motsoeneng's last famous prayer for rain in 2016, most of South Africa was in the middle of a debilitating drought. The televised sermon had Minister of Water and Sanitation Nomvula Mokonyane and Ekurhuleni mayor Mzwandile Masina as guests of honour.

"On the same day that we prayed, the rain started. God answered our prayers."

However, TV weather reports had indicated that rain would fall that weekend.

Motsoeneng said he wanted to meet with spiritual leaders, premier Helen Zille, Mokonyane and others when he arrives in Cape Town on Wednesday.

According to the city, Day Zero is the estimated date when most of the City's roughly four million residents will be without water in their homes. Residents' water ration will be cut to 25 litres per person per day from any of the 200 collection points in the city.