'Department dumped us' - Life Esidimeni victims of debt and poverty 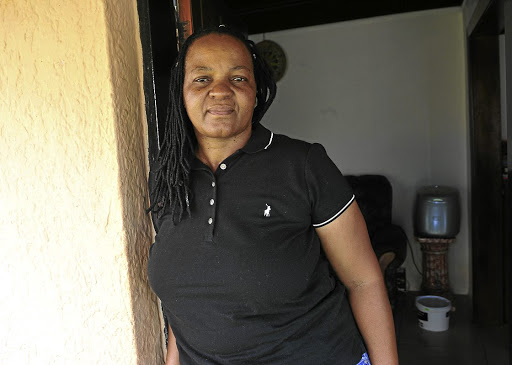 A widowed mother of two was left stranded without a job after the Gauteng health department shut down Life Esidimeni facilities through its controversial marathon project.

Gusta Skosana, 56, from KwaThema, Springs, on the East Rand, is among a group of employees who lost their jobs when a psychiatric facility she worked at was closed.

The closure spiralled into a widely publicised scandal following the deaths of 144 psychiatric patients who were placed in unlicensed NGOs.

According to the National Health Education and Allied Workers' Union (Nehawu), 80% of the workers were absorbed by the state while the remaining 20% were left out in the cold more than a year after the saga unfolded.

The department closed health facilities including Life Esidimeni and Clinix Selby Park Hospital amid claims it was effecting cost-cutting measures.

Speaking to Sowetan yesterday, Skosana, who had worked as an auxiliary nurse since 1992, said life was tough after she lost her job in May 2016.

"We were left to suffer. We had children to look after. Why did they not absorb us? We need our jobs back."

Skosana said watching the arbitration hearing into the deaths on television reminded her of how they were haphazardly removed from their posts.

"It also breaks my heart to hear about some of the patients I used to look after and how they died. These are people I used to feed and bathe."

Skosana said even affording basics like groceries had become difficult.

Another worker Locardia Kheswa, 52, lost her job when Selby was closed in 2015.

"We were given two weeks' notice and our jobs were over just like that.

"We suffered a great deal because most of us had plans and families to feed," she said.

Kheswa, who worked in the hospital's administration section, said she was drowning in debt. "I can't do anything. I'm just sitting at home because there is no work. I'm even scared to answer the phone because I have so many debts."

Kheswa said they were forgotten. "They just dumped us. Now there is silence and no one is saying anything about absorbing us."

Nehawu general secretary Zola Saphetha said they were trying to get workers placed.

Saphetha said people were trapped in poverty as a result of the decision to close facilities. "These workers are victims of a wrong decision that was taken by the department. We will not give up until we secure jobs for them."