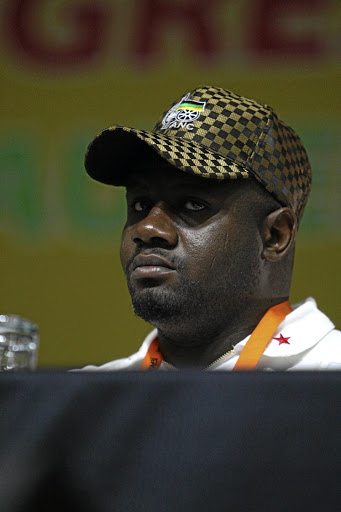 Nkabinde, 33, who is the league's treasurer-general, has been nominated by several ANCYL provincial leaders to take over at the elective conference scheduled to take place in June.

Free State ANCYL provincial executive committee (PEC) member Siya Sikade said during a meeting in Bloemfontein at the weekend that ANCYL leaders had expressed a view that Nkabinde should be the next league leader.

Sikade told Sowetan that there was a consensus among provinces that
Nkabinde should succeed Maine.

"We want Reggie to lead us because of the kind of leadership he has shown over the years. He has displayed that he can lead us to prosperity. Reggie is what young people need currently."

He lashed out at Maine, saying he has dismally failed to lead young people. "He has been absent when students protested during the Fees Must Fall campaign.

"He has not said anything since the president [Jacob Zuma] announced free education. He is not concerned. We need a resolute and focused leader."

The ANCYL under Maine has been accused of being entangled in factional battles within the ANC. Sikade said
Nkabinde was the only one who would be able to challenge the status quo.

"We need [someone] who will ensure that there is a youth ministry after the general elections next year."

Sikade said they wanted to make the ANCYL attractive to young people again.

"We want to challenge the EFF."

This is likely to be a mammoth task because the EFF has eaten into the
ANCYL support base, with young and unemployed people joining it in numbers.

Maine has been blamed for the league's dwindling support. Gauteng, Mpumalanga and Limpopo are also
expected to back Nkabinde.

The ANCYL in North West is divided between Nkabinde and Thanduxolo Sabelo, the league's KwaZulu-Natal
secretary. Sabelo has endorsed Nkabinde to be the next ANCYL leader.

"Some PEC members want Reggie and other PEC members are favouring Thanduxolo. We are handling the matter carefully and diligently in such a way that it does not divide the ANCYL.

"Our experience is that these issues divide the organisation," said the league's provincial secretary Sipho Diale yesterday.