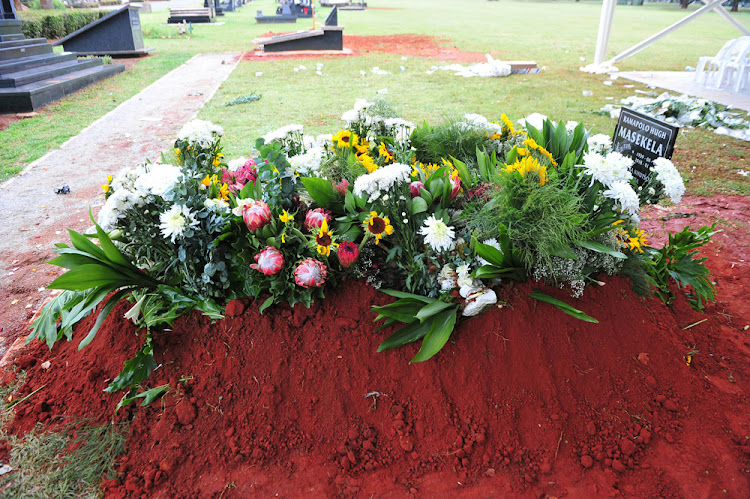 A funeral service was held at the Johannesburg Botanical Garden in Emmarentia in the morning before proceeding to the Westpark Cemetery.

A family member who declined to be named said the family was fulfilling Masekela’s final wishes.

“This is a man who has been famous his whole life, all he asked this time was for his family to have this little piece of him without the public,” the relative said.

The Thanayi and Stimela hitmaker was laid to rest just footsteps away from revered poet and Struggle icon Keorapetse Kgositsile, who died this month, and opposite Struggle stalwart Ahmed Kathrada.

According to staff members at the cemetery, some families prefer to have their loved ones cremated and then have their ashes buried.

A Sunday newspaper reported that Masekela had already been cremated over the weekend.