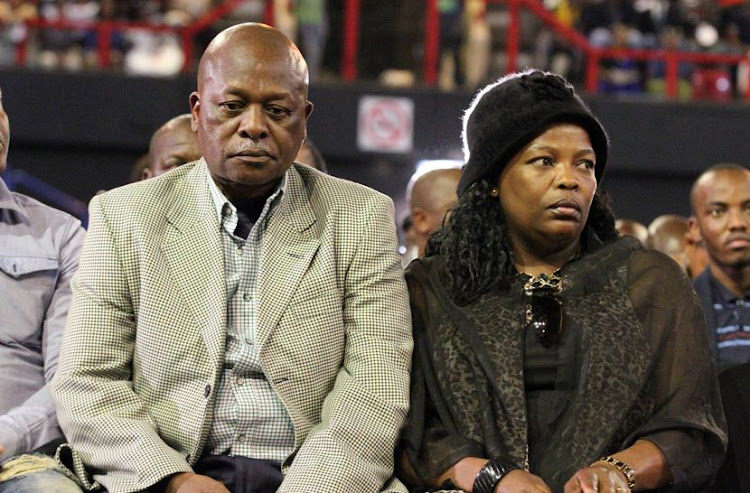 Almost three and a half years after footballer Senzo Meyiwa's death‚ his family is still struggling to raise enough money to finish the house the star was building‚ while trying to keep it from being demolished by community leaders.

According to Sunday Sun‚ the community has claimed the house was being used as a hideout for criminals and requested from the local chief Mbongeni Makhanya that it be demolished.

Speaking to TshisaLIVE‚ Sam Meyiwa claimed that community leaders in Adams Mission‚ South of Durban‚ had been threatening to demolish the house because they said it was falling apart.

"They say that they want it demolished because it is falling apart but it is not falling apart. Senzo was building it before he died and it just needs a few things more and a roof. We want to finish it because he loved that house and we want to honour his wishes for it to be done. We can't demolish it‚" Sam said.

Sam admitted that the family could not afford to finish the house but were praying for a miracle‚ or a sponsor to help them.

"We don't have any money because Senzo was working and I am not working. We were supposed to get money from Senzo's bosses but we still don't have the money. I don't know why our family is being punished like this. I will be meeting with some of the leaders in the area next week to discuss the house and I hope that someone can help us."

Sam said his family's life was a living hell since the death of their son in August 2014 and he hopes to one day see Senzo's killers be punished for what they did.

"They will one day face the music and I want to be there when it happens. We still think about him (Senzo) every day and when I think of him‚ I cry. I can't take it anymore. It is very painful" he added.