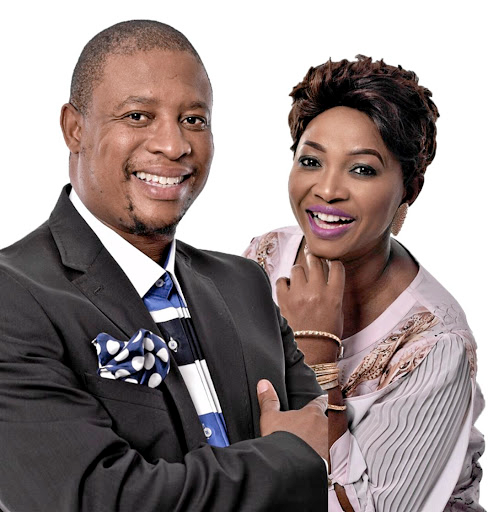 Aaron Lechuti and his wife Onica are more united.

Rustenburg-based pastor Goitsemang Aaron Lechuti was brave enough to tell the world about the so-called "unholy" lifestyle that he had been living.

Lechuti is one of the many pastors who will be participating in TV reality show Beyond the Pulpit, which started airing on the Gospel One channel on Sunday.

He cheated on his wife several times and says dealing with his addiction made him a better person.

In the show, he speaks about the importance of overcoming the addiction and teaching people to accept and forgive those who had wronged them.

The father of two who has been married for 22 years, says the struggles in his marriage made him love and cherish his wife more that anything.

"The life of a pastor is boxed. People think that we are super human beings and that we must conduct themselves in a certain way," he says.

He says it was not easy to open up to other people about his unfaithfulness because he did not want to be judged.

"We are not saints, we have been living aloof and not allowed to do anything that is perceived as wrong in the eyes of the society," he says.

The show will see different pastors across the country telling their stories.

Lechuti said he stopped cheating because he realised that he was hurting his wife and destroying his destiny.

"Cheating is like addiction. To stop I had to acknowledge it and sought help to overcome it," he says.

"When you are unfaithful to your partner you are rendering yourself cheap in the process.

"It makes you to undermine your own vow and disrespect the privacy of your body," he says.

His wife Onica Lechuti says she has forgiven him.

"It was difficult because I did not expect him to cheat on me.

"At first I stayed because of the children but God showed me that I must have a purpose in life and in my husband I saw a purpose.

"That was what made me forgive him and live stronger in this marriage."

The show's producer, Buti Mthembu, says this show is the first of its kind, lifting the lid on the private lives of pastors, their families, relatives and the society they live in.

He says their main aim was to showcase the role that pastors play in a society away from the pulpit.