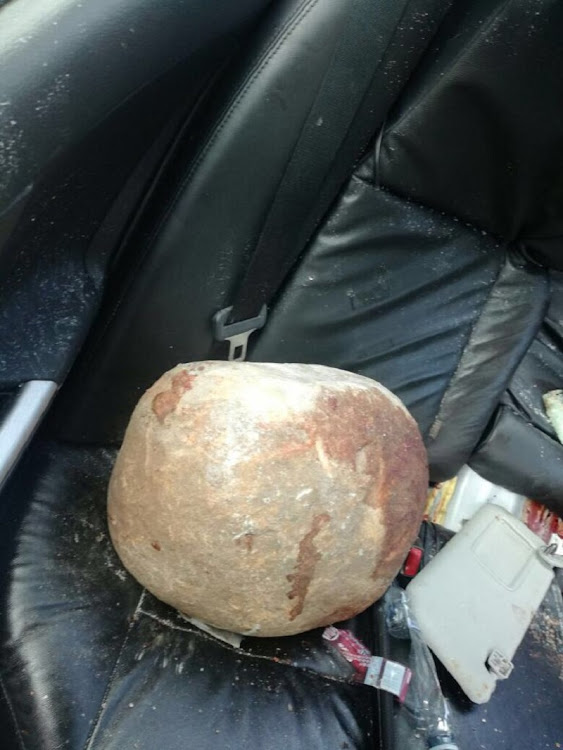 A reward of R250 000 has been offered for information leading to the arrest of those responsible for the bridge boulder attack which claimed the lives of a young woman and her brother last week.

Amina Haffejee and her brother Abdur Raheem were in a car traveling from Umhlanga to Stanger when the rock tore into their car on December 27. The rock ripped through the windshield and hit Amina - the force of impact causing her seat to fly back‚ hitting her brother.

Criminals throw rocks off bridges to damage cars and force the drivers to stop‚ so they can be robbed.

A teenage girl and her 7-year-old brother who were killed instantly when their car was hit by a boulder flung from a freeway overpass on Wednesday ...
News
4 years ago

Macpherson said that he had been jarred by photographs of the attack. “I was so outraged and heartbroken when I saw the pictures and I couldn’t allow them to get away with this. If people won’t come forward through their own good will‚ maybe they will do it for money‚” he said. “If this is what it takes to bring these guys to book then so be it.”

“My phone and inbox have been flooded with messages and pledges of money and we have gathered a cash amount that has been made available to the family.

“I spoke to them and they had no idea it was even going on and that people had made money available to assist them. The private investigators and SAPS know about the reward and they are on the ground‚” he added.

Police spokesman Lieutenant Colonel Thulani Zwane said that no arrests have yet been made.