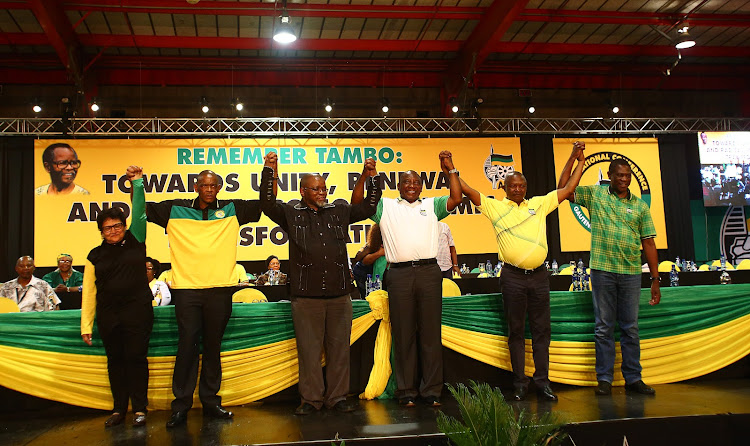 Cyril Ramaphosa has been voted as the new president of the African National Congress (ANC).

Other members of the ANC top 6:

#ANC54 The Moment #Zuma hears #Ramaphosa is the new president of @MYANC pic.twitter.com/NCdm1Zg5yR

Now that Cyril Ramaphosa won, he must appoint Jacob Zuma as the Minister Of Higher Education with immediate effect so that he implement Free Education. Finish & Klaar #ANC54 #ANCConference #FreeEducation #FeesMustFall #ANCElectiveConference

We can't ignore the fact that the leadership elected thus far are males! pic.twitter.com/ozer4AFcCW