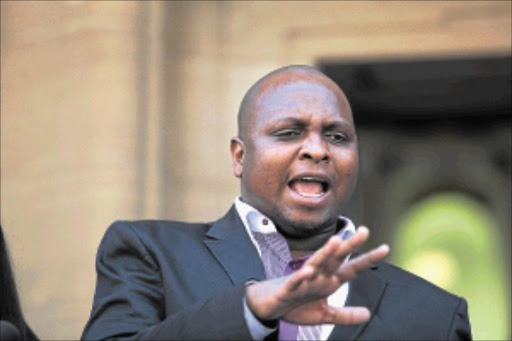 Opposition parties were skeptical yet optimistic on Monday night after Cyril Ramaphosa was elected the new ANC president.

His victory was announced at the ANC’s elective conference in Gauteng after he nosed ahead of his opponent‚ Nkosazana Dlamini-Zuma‚ with 179 votes. Ramaphosa received 2‚440 votes and Dlamini-Zuma got 2‚261.

The newly elected leadership contained three leaders each from the two factions in the party.

Gwede Mantashe is the new national chairperson and Paul Mashatile the new treasurer-general.

Democratic Alliance leader Mmusi Maimane said the election of Ramaphosa was a “little too late”.

“The ANC is dead and cannot self-correct‚ no matter who is at the helm‚” he said.

“This is because the party itself is held together only by the glue of patronage and corruption‚ and Cyril Ramaphosa is just a new face to the same old ANC.”

“It will‚ however‚ be easier for a camel to pass through the eye of a needle than for you to become president‚” he wrote.

Congratulations #CR17 for being elected #ANC54 President. It will however be easier for a camel to pass through the eye of a needle than for you to become RSA President. The EFF is ready on the ground!

United Democratic Front leader Bantu Holomisa congratulated Ramaphosa on his election‚ saying: “The task ahead is daunting‚ both for your organisation and the country.”

President Cyril Ramaphosa. Congratulations to the newly elected ANC leadership. The task ahead is daunting, both 4 ur org & the country.

Maimane criticised Ramaphosa for being Zuma’s “shadow for years”.

“Ramaphosa's first act as ANC president must be to recall Jacob Zuma as president of the South Africa‚ prosecuting him on his corruption charges and jailing him if he is found guilty‚” the DA leader said.

“If he fails to do so‚ Ramaphosa will show South Africa that the leaders in the ANC are all friends and they practise their corruption together.”

Cyril Ramaphosa was named the new president of the African National Congress on Monday. Subscribe to TimesLIVE here: https://www.youtube.com/user/TimesLive