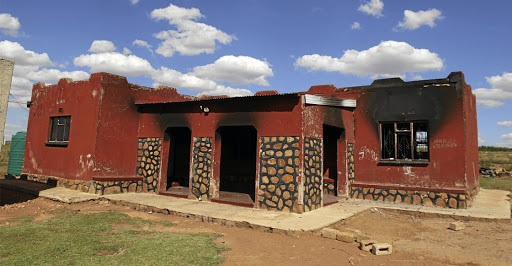 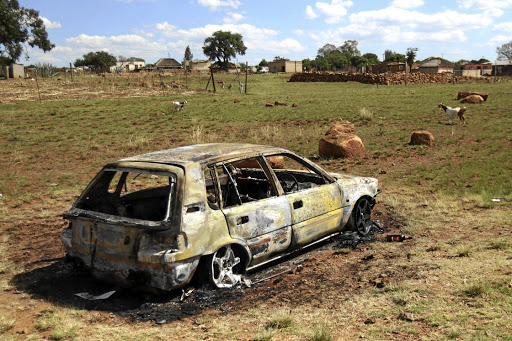 A Limpopo village has been rocked by violence sparked by allegations of stock theft, resulting in four houses and a car being set alight.

Police are investigating cases of attempted murder and malicious damage to property after villagers at Vlakfontein, near Groblersdal, went on a rampage, burning houses of suspected thieves.

This was after an undisclosed number of goats in the area were allegedly stolen last week.

Police rescued two people suspected of being behind the theft after a mob had rounded them up with the intention to exact instant justice.

The incident happened in the wake of reports of stock theft being on the rise in the province and nationwide.

According to the latest police crime statistics, there were 26902 stock theft cases reported in South Africa during 2016/2017 while such cases increased by 8.85% in Limpopo.

When Sowetan visited the area, calm had returned but village headman Jantjie Mahlangu said villagers were still angry. He said stock theft had been a problem for years, with people's kraals being wiped out.

A man said to have harbored Nazi sympathies as a teenager before a failed bid to join the U.S. Army was due in court on Monday to face charges he ...
News
4 years ago

He said people's anger reached boiling point when a van was spotted driving around the area with goats belonging to locals.

Mahlangu said a group of people mobilised and started burning properties that belong to people they suspected were behind thefts.

A resident, who asked not to be named, said he was angry because his family had lost 38 cows through the years.

"The only solution for us is to kill the people who are doing this. There is no other way," he said.

Another local said they resorted to mob justice because police were not doing anything about the problem.

"It is not over yet. The problem is that police are now disturbing us from finishing what we've started. But they can't stay here forever. Sooner or later they will have to leave and (we) will start again," the man said.

A 45-year-old woman whose house was burnt down said she was afraid to continue living in the area.

The woman's house was completely gutted after she fled with her two children.

"I lost everything. We left the house with nothing but the clothes we were wearing that night," she said.