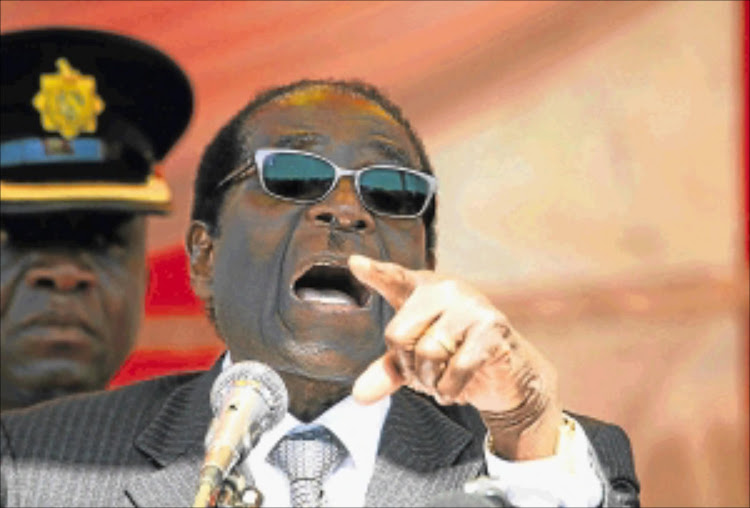 The war veterans under the leadership of Christopher Mutsvangwa held a media conference in Johannesburg and issued a statement saying Mugabe was never a revolutionary‚ instead he was a mere poster boy of the struggle and a “deceitful” person.

“As war veterans we are clear that we are fighting Mugabe and his dynastic cabal that have captured the revolutionary party and in the process have led to an economic meltdown‚” he said.

Interestingly‚ Mutsvangwa was fired by Mugabe from Zanu-PF in 2016 for openly challenging him. Since then he has been gathering anti Mugabe supporters with links to the ruling party.

As Mugabe continues purging party members opposed to him‚ Mutsvangwa said as war veterans they have “completely disowned” him.

However‚ sources say Mutsvangwa’s rhetoric does not carry weight.

“Firstly‚ he speaks for no one in Zanu-PF and secondly‚ ever since he left the party he has been a press conference politician and as things stand‚ those still in the big tent would like to keep their positions because there is a window of opportunity when the party wins the general elections‚” said a Zanu-PF insider.

It's over! A relationship spanning over 40 years between Zimbabwean President Robert Mugabe and his former blue-eyed boy.
News
4 years ago

By grace, let first lady not take over

Zimbabwe's President Robert Mugabe has done what until this week seemed unthinkable; he dramatically sacked his loyal lieutenant, vice-president ...
Opinion
4 years ago
Next Article