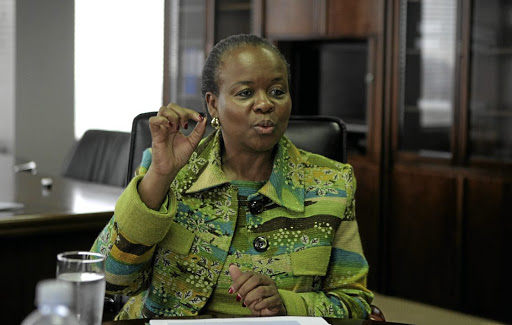 Gauteng health MEC Gwen Ramokgopa has revealed that her predecessors spent R500- million on a data storage facility that the department did not need.

In her third visit to the Thelle Mogoerane Hospital in Vosloorus, Ramokgopa detailed the state of her department's finances.

Ramokgopa said she had already identified areas where the department had been reckless in its spending.

"For example, the department procured V-Block, which is a data storage facility which is very big and can accommodate the whole of Gauteng government and maybe one or two other provinces.

"The estimated cost is almost half a billion rand. This [happened] while the department has also a facility to use the storage of the e-governance department.

"The department had a facility available that they could have used but still went on to procure this unnecessary facility. We are looking at the contractual agreements that were there. Should it be necessary, we will approach the court to review this contract. That money is for patient care," she said.

"The first one was a huge accrual status. The debt that we owed for services provided and medical litigation.

"In terms of accruals, I can indicate that R10.6-billion has been paid to 5712 suppliers," Ramokgopa said.

Ramokgopa said her department wanted to make sure that its R40-billion budget was used to provide health services to the public.

Police have arrested three security guards after they clashed at the Thelle Mogoerane Hospital in Vosloorus on Tuesday morning.Guards working for ...
News
4 years ago

‘It is difficult to work in this environment’ – medical staff