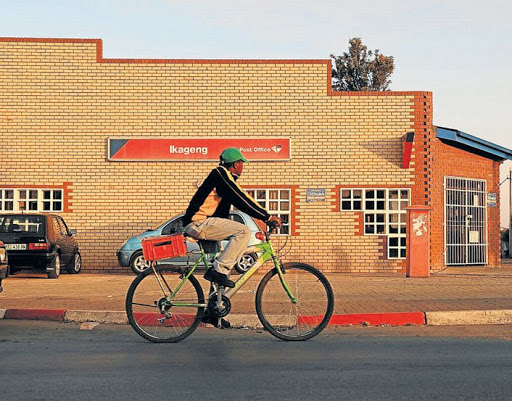 South African Post Office CEO Mark Barnes insisted that the state own postal service entity was ready and capable of assisting the South African Social Security Agency with rolling out the provision of grants in from April next year.

Barnes’ remarks to a joint committee meeting of Parliament’s Standing Committee on Public Accounts and portfolio committee on social development contradicted remarks Minister of Social Development Bathabile Dlamini made in East London on Monday regarding the Post Office’s readiness.

The joint meeting came on Tuesday morning in Parliament‚ after at least two unsuccessful attempts at getting the minister to pitch and update Parliament on Sassa’s progress in complying with the Constitutional Court order ruling out Cash Paymaster Services from facilitating the grant payments in future.

Dlamini previously said that there were a number of requirement which the Post Office did not meet in order to qualify to facilitate the payment of the 17m grants. However the lack of a banking license would not hamper the Post Office’s ability to settle transactions.

“We can settle transactions. Standard Bank are our clearing blank to clear transaction. There are 218 categories of fulfilment. Only eight categories were requirements not met. We will contest 6 and regard 2 as not applicable. If you go back to school 90% is a pass‚ not a fail‚” said Barnes.

Minister Dlamini said she was taken aback by the update‚ as initial signs were that the Post Office would not be able to take on the function on its own‚ referring to initial discussions between Sassa and Sapo.

“It will assist us to give the committee the response of the Post Office to the request for proposal. Some of the things the CEO is talking about here are not in their response. We could not anticipate that they would be able to do some of these things‚” said Dlamini.

During the hearing a number of MPs questioned why the Post Office and the agency had not been able to come to an agreement in the meetings they have held.

Standing Committee on Public Accounts chairman Thembi Godi said the two committees would give the parties until Wednesday evening to update them on a plan by which the Post Office will replace Cash Paymaster Services next year.

“We can’t be dealing with the same matter again and again. We need to find finality or else it would not be correct and justified‚” said Godi.