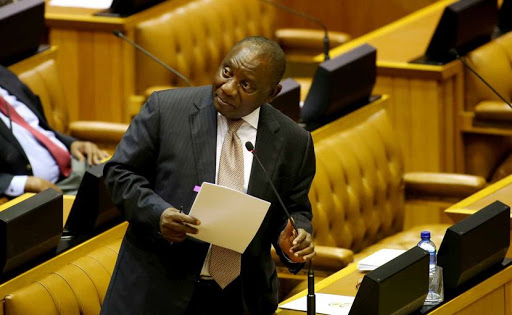 The African National Congress Youth League (ANCYL) at the University of Johannesburg (UJ) will march to Pretoria on Monday in a call for the fall of “blessers” at universities.

As part of their demands‚ the students are calling for the removal of Deputy President Cyril Ramaphosa as the Chairperson of the South African National Aids Council (SANAC).

“Blessers are the biggest transporters [sic] of Aids in South Africa. All we want is for SANAC to start showing its face; it needs to start working‚” said Ndiphiwe Makaula‚ secretary of ANCYL at UJ.

“It’s like how we did not know about the office of the public protector until they started doing work that made them visible – SANAC must fulfil its mandate. They must extend their services to universities and bring about awareness on issues [such as] the dangers of blessers and other factors that are undermining the dignity of students.”

The recent leak of Ramaphosa’s alleged multiple romantic relationships is the main reason why the students are calling for his removal.

“The media might call it a smear campaign‚ but we all know that these leaks were an exposure of Ramaphosa’s sex scandals. And through the reports‚ we found out that he was busy with students‚ meaning that he is contributing to the plight [sic] of blessers. All we ask is that he be removed from that post. Just like blessers‚ he takes advantage of students‚” said Makaula.

The students will hand over a memorandum of demands to SANAC.

Ramaphosa and his supporters dismissed the claims that he was involved in extramarital relationships as a “smear campaign” to discredit him ahead of the elective conference.