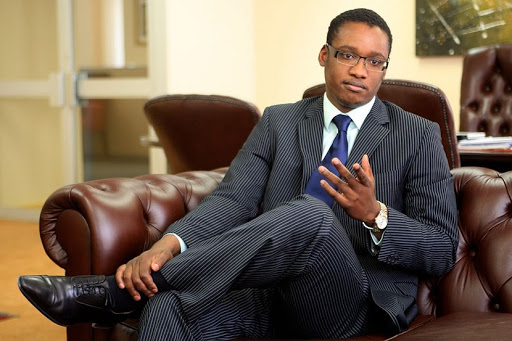 Duduzane Zuma - 1984 The controversial pride of Zuma’s empire has ties to dozens of companies that he joined when daddy became the leader of the ANC and subsequently the first citizen of the country. He has been linked to the Gupta family where he has been part of the Oakbay Investments until recently when news of possible ‘state capture’ surrounding the controversial family. JIC Mining, Afripalm Horizon, Imperial Crown Trading, Dunrose Investments, Karibu Hospitality, Mabengela Investments, Westdawn Investments, Shiva Uranium and Sahara Holdings are just some of the companies he is tied with. / Katherine Muick-Mere

President Jacob Zuma's family is surrounded by crooks who use money to lure them.

This is laid bare in the book The President's Keepers, authored by Jacques Pauw, which gives a clear picture of how crooks were buying political influence by keeping the president and his family close to them.

Pauw writes that Edward Zuma scavenges at the door of tobacco smugglers to scrape together a living while Duduzane Zuma has cast his destiny with the mega-wealthy Gupta family.

Both Duduzane and Edward are Zuma's sons, and have defended their father against his enemies.

The book says the Gupta family needed someone close to the president to serve as a vital channel and conduit to influence his official decision making.

"Their man was Duduzane, who became truly kept and captured.

"Edward could not pay for his own wedding and neither would anyone else, the Guptas settled the bill for Duduzane and Shanice's lavish nuptials in April 2015."

According to the book, he drove with him in his Rolls-Royce to Saxonwold to meet Rajesh Gupta, known as Tony.

Booysen, who was with his son Eben, asked him to follow Duduzane, whom he drove with in his car.

His son was allegedly asked by Rajesh if he had any business ventures that he needed to get off the ground, he should talk to his family (Gupta). "This is an old ploy of the Guptas: to dish out benevolence and generosity to the children of those they wish to capture.

"When Eben declined Tony Gupta's generosity, the latter turned to Johan Booysen and said, 'So, we hear that you might soon become the new head of the Hawks'."

Apparently Booysen was shocked that Gupta was privy to information outside the public domain.

"He said he did not want to engage the businessman and merely answered: 'We will have to see where it goes'.

"Gupta said: 'If you do get elected there will be dinner in Durban'."

According to Pauw, Booysen said this was the extent of their discussion about the job and they left shortly in his son's car.

The position has not been filled, but Yolisa Matakata is acting head of Hawks.