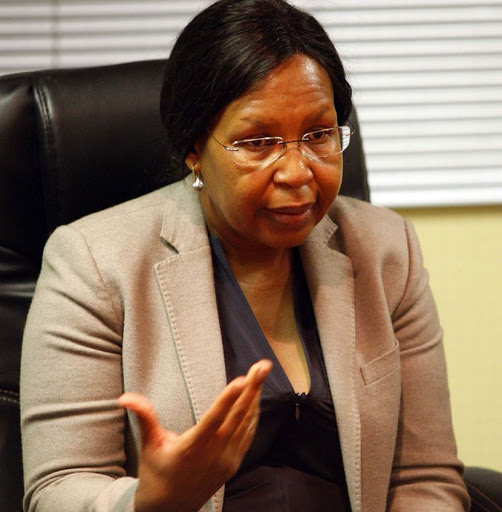 Former Health MEC Qedani Mahlangu was instructed to end the Life Esidimeni contract by people above her.

This is the claim of former mental health review board director Dumi Masondo who was supposed to independently oversee mental health in the Gauteng province.

Masondo was testifying at the Life Esidimeni arbitration hearings on Friday and made a poor witness‚ frequently contradicting herself. But she is the first witness to suggest someone above Mahlangu was involved in the fatal decision.

Masondo was asked why she thinks the Esidimeni move happened‚ which led to 141 deaths. She suggested Mahlangu ended the contract with Life Healthcare under orders‚ but had no further details.

“Do you think MEC can do something so drastic [alone]?“

She also testified that Gauteng Premier David Makhura did know about the move as he attended meetings on it.

Makhura has always said he didn’t know about the move of the mentally ill patients and the subsequent deaths.

Masondo was a poor witness and was even instructed by hearing judge Dikgang Moseneke that she could face perjury charges.

He warned her be “careful” and remember she was speaking under “oath“.

She was also asked why NGOs took too many patients and were all overcrowded and so many people died.

One called Sharma House had 110 Life Esidimeni patients instead of the 60 it had space for.

Masondo said NGOs were “greedy” and wanted to make money from looking after lots of people.

Hearing Judge Moseneke‚ repeating her testimony‚ said: “You say they were greedy. They were trying to get more and more money.”

In her role‚ as head of the mental health review board‚ it was pointed out she was legally supposedly to independently oversee the placement and transfers of mental health patients.

Instead 1‚712 patients were hurriedly moved out of Life Esidimeni homes into hospitals and ill equipped-NGOs and she said she didn’t know.

She said she was prevented by seniors such as the former MEC from being involved.

Moseneke asked who should have stopped the move: “Who has to stop this kind of placement where there is greed and overcrowding and people die?”

Moseneke asked her again who in law had the power to “stop placements of mental health users?”

Masondo answered it was the person who proposed the termination of project‚ Mahlangu.

Moseneke asked: “But‚ who in law can stop this?”

Moseneke said: “I am trying to get you to look in the mirror and I am not succeeding.”

He repeatedly asked her why she didn’t know what was happening about the Life Esidimeni move.

Moseneke became impatient with her and her contradictory answers‚ and said she didn’t do her job of oversight of mental health in the province as head of the mental health review board.

“You thought you were a subservient worker and had found a piece job. It was your main source of income. You testified your family business is unstable.

“You didn’t want to rock the boat. You don’t want to anger your employers.”

He accused her of a “total of violation of her fiduciary duty” that the law gave her to keep officials accountable. “That was your primary duty. But‚ you thought you had found a nice piece job.

“Look at the consequences‚ that is why I am so impatient about it‚” said Moseneke. Her said her failure was “a lesson to all of us that if we do our work properly we might prevent a lot of terrible things in this country“.