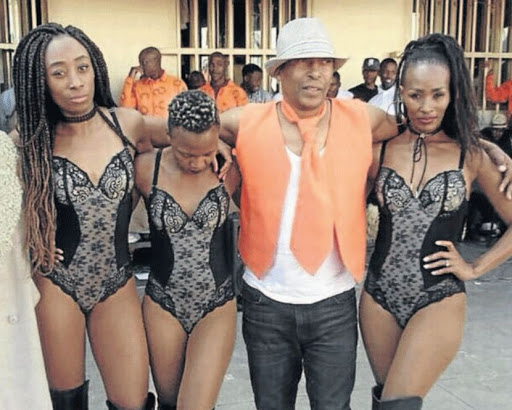 Four junior employees at the notorious Johannesburg Prison, better known as Sun City Prison, are believed to have been used as scapegoats in the infamous "strip show" at the correctional centre.

This is according to Police and Prisons Civil Rights Union (Popcru), as five officials, including a middle-management employee, face disciplinary action for their part in bringing scantily clad women to the prison to entertain inmates.

Department of Correctional Services spokesman Logan Maistry said: "At this point in time, five officials are facing charges for various acts of misconduct, and it is anticipated that their disciplinary hearings will be finalised by the end of November."

Initially, 13 prison officials were served with letters of intention to suspend them. However, Maistry said the primary suspensions were lifted.

"The relevant officials [were] alternatively placed [on suspension], pending finalisation of the process," he said.

Popcru has accused the department of targeting junior staff members at the facility for the "unfortunate event" for which the department promised to take tough action against those involved.

Pocru spokesman Richard Mamabolo said: "Four of those facing cases are juniors, ordinary workers on the ground in the prison while the entire executive management is exempted and none of them are being held responsible.

"Before any event happens in prison, there are preparatory meetings where decisions are taken by management, and no juniors take any decisions."

Asked about the allegations of junior employees being made to take the fall, Maistry said: "The finalisation, and outcome, of the disciplinary process, which is an internal matter, will confirm the veracity of the allegations."