Treasury no longer a generous 'uncle' to delinquent SOEs 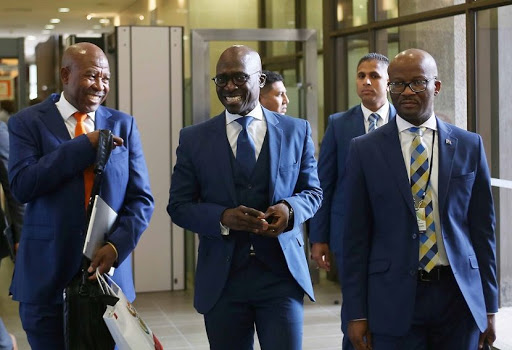 Finance minister Malusi Gigaba says he no longer wants to be “the uncle” who finds it easy to bailout badly run state-owned companies.

Discussing his medium-term budget policy statement speech with members of parliament’s finance committee on Thursday‚ Gigaba said state-owned entities were treating the Treasury like “your uncle that you just run to and get a guarantee“.

While he and another famous uncle in the furniture business may share a penchant for a snappy suit and a bald head‚ Gigaba implied that he is not going to be the uncle anymore.

He said Treasury would be introducing stricter measures for government bailouts and guarantees‚ chief among them that they should not be used to finance operational expenses.

In his speech‚ Gigaba said that the airline was a tool to market the country as a tourist destination and an important asset.

Asked by the Democratic Alliance’s Alf Lees about his announcement that a strategic equity partner would be brought on board for the airline‚ Gigaba said “the private sector participation framework has been agreed to and SAA will be first. When I met the CEOs initiative and mentioned the idea of privatising SAA‚ they said ‘minister‚ you’d have to pay us to buy it’.”

Gigaba said bringing in an equity partner would allow them to raise the value of the airline.

Meanwhile‚ on the issue of the Heher commission report on student fees‚ Gigaba said it was “being considered” and that an announcement would be made before the end of the year.

He said pronouncements on the way forward would be made in the State of the Nation and February budget speeches.