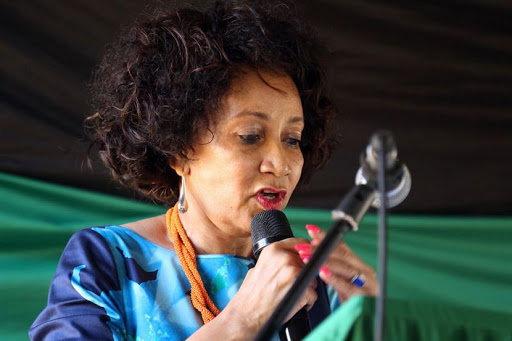 Human Settlements Minister Lindiwe Sisulu has revealed her thoughts on the woman who accused President Jacob Zuma of rape.

“Yes‚ I believe Khwezi. I understood the outcome of this particular unfortunate debacle to have been one where perhaps there was a misunderstanding of intent‚” Sisulu said in a radio interview on Thursday.

“I believe Khwezi. She was brought up with my children. She was like a daughter to me‚” she told host Eusebius McKaiser.

She said South Africans should not be concerned about whether victims of abuse are believed or not‚ but on changing perceptions.

“We must fight to push the boundaries of patriarchy. It’s a question of whether we have necessary structures to support them [victims of abuse]‚ not whether we believe them or not.”

Sisulu said Khwezi was like one of Zuma’s children.

“I believe there was a strong relationship between the president and Khwezi. She was part of the children in the house. She was like one of president Zuma’s children.”

Fezekile Ntsukela Kuzwayo‚ also known as Khwezi‚ accused Zuma of raping her at his home in Johannesburg in 2005. Zuma was deputy president of the country at the time.

Zuma denied the allegations‚ saying the sex was consensual and he was found not guilty in 2006.

Khwezi‚ who was HIV-positive‚ went into exile following the trial after receiving death threats. She returned to the country last year and passed away.