Progress in the case of Ahmed Timol: family 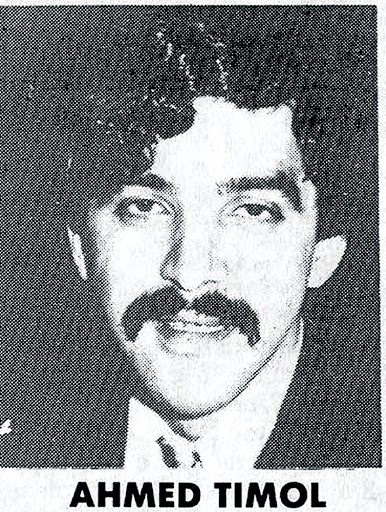 The Timol family has received a letter from the National Prosecuting Authority (NPA) informing them it has instructed police to open three dockets concerning the death of activist Ahmed Timol in 1971.

The charges follow the Pretoria High Court’s finding earlier this month in the re-opened inquest which found that security police murdered Timol.

Mothle recommended that three former security policemen who gave evidence to the re-opened inquest face charges for committing perjury – and in the case of former Sergeant Jan Rodrigues‚ as an accessory after the fact of murder.

According to the letter the Timol family received from the NPA on Tuesday‚ the investigating officer has made considerable progress in the compilation of the dockets.

The family said it was commemorating the 46th anniversary of the week in October 1971 that Ahmed Timol was snatched at a police roadblock‚ brutally tortured over what must have been four unimaginably excruciating days‚ and finally murdered on October 27.

“For 46 years the family has commemorated the loss under a cloud of official lies about the circumstances of his death‚ and for 46 years the police involved in murdering and covering up their crime‚ have evaded responsibility‚” it said in a statement.

The family said it had not sought vengeance or retribution but the truth and for the lies to be expunged from the record books.

“Living under the shadow of lies is an injustice.”

The Timol family appealed to former security policemen with knowledge of the deaths of other anti-apartheid detainees to approach the victim’s families or the NPA with a view to telling the truth.