Zuma is a desperate man engaging in desperate actions: Nzimande 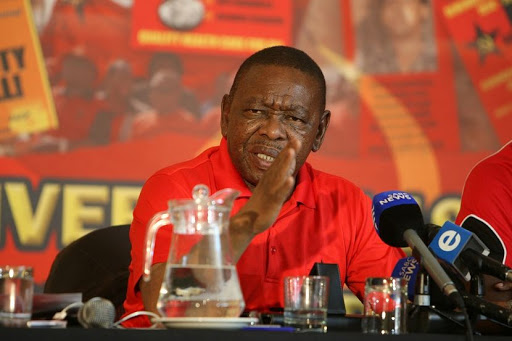 SA Communist Party general secretary Blade Nzimande says President Jacob Zuma must step down because he is the biggest problem in the Tripartite Alliance.

“He must go because he is the single biggest problem in the African National Congress‚ in our alliance and in the country‚” Nzimande told Radio 702 on Monday evening.

“As the SACP has rightly said‚ President Zuma is a desperate man who is engaging in desperate actions.”

Nzimande said the SACP would not have supported Zuma if it had known his actions would cause “turmoil” in the country.

“Had we known the things we know now‚ that our country would be mortgaged to an immigrant Indian family‚ the Guptas‚ we would not have supported him‚” Nzimande said.

“Had we known that we are being headed for the Guptas taking over this country and make it their playground‚ we would not have support President Zuma.”

He accused Zuma of provoking the SACP in order to destroy the alliance.

Commenting on rumours that Zuma is planning to fire deputy president Cyril Ramaphosa‚ Nzimande said: “That would be stupid ... It looks like the president is so desperate that nothing is impossible in terms of what he can do ... It would be a deliberate act to plunge the alliance into turmoil.”

On his axing as higher education minister‚ Nzimande said he was not surprised.

“I am not surprised that I was fired. All the signs were there.”

He said while he did not achieve everything he wanted to as minister of higher education‚ he had made some “phenomenal achievements“.

“I gave that portfolio my all … I think I’ve done relatively well.”

Nzimande was fired as minister when Zuma announced a cabinet reshuffle last week.