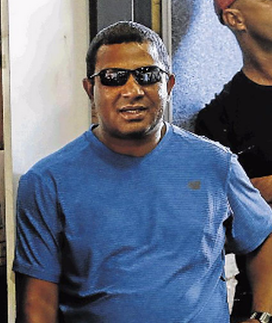 Suspected Cape Town gang boss Jerome “Donkie” Booysen appears to have been the target of another attack on Thursday night‚ sources said.

An unknown number of assailants were reportedly thwarted by family members as they tried to reach Booysen‚ who was admitted to hospital on Wednesday after an attempt on his life at Cape Town International Airport.

10 things you should know about airport shooting target Jerome Booysen

One of the gunmen at the hospital was disguised as a woman and another wore an overall.

The shooting on Thursday evening would be the fourth attempt on Booysen’s life this year alone.

Sources believe that previous attempts on Booysen’s life are part of a bigger turf war in the battle for Cape Town’s night club scene.