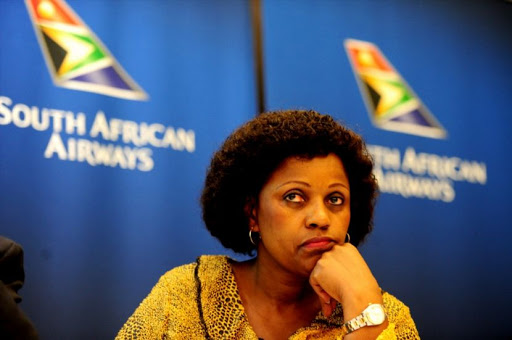 Dudu Myeni has been removed as chairperson of SAA board‚ according to reports on Wednesday night.

ENCA and Radio 702 reported that Myeni has been removed and would be replaced by JB Magwaza and that Nolitha Fakude would be deputy chairperson.

BusinessLIVE reported on Wednesday that a major board shake-up was on the cards at SAA‚ with speculation rife that the axe may fall on several key members‚ according to its sources.

It said the sweeping changes were set to be announced in Thursday’s post-Cabinet meeting statement‚ after the executive resolved to rubber-stamp the changes spearheaded by Finance Minister Malusi Gigaba.

Yunus Carrim‚ chairman of Parliament’s Standing Committee on Finance‚ refused to comment on the these changes when questioned on the Karima Brown show on 702 on Wednesday evening.

“That you have the information is irregular. I will only respond once the Cabinet statement is issued and if this is the case (that there have been changes to the board)‚” Carrim said.