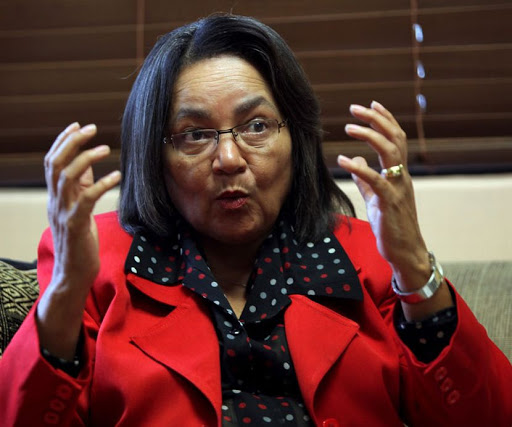 City of Cape Town mayor Patricia De Lille believes the city’s success is due to its own doing and not through help from the “useless” national government.

She was speaking at the Portside building in the CBD where a new R10-billion mixed use development for the foreshore‚ called Harbour Arch‚ was announced.

“The timing is perfect‚” said De Lille. “Two years ago we decided we wanted to build a 24-hour seven-days-a-week city and the way to start is to bring more people into the city.

“Cape Town is where it is today because we’ve gone out to the world and sold ourselves. We didn’t wait for national government to do it because we knew‚ besides that they are useless‚ that they are not going to do it for us.”

ANC to De Lille: Pay back the money

ANC leader in the City of Cape Town‚ Xolani Sotashe‚ has given mayor Patricia de Lille five days to pay back the money used for security upgrades to ...
News
4 years ago

City of Cape Town mayor Patricia De Lille believes the city’s success is due to its own doing and not through help from the “useless” national ...
News
4 years ago

While Cape Town’s dams dry up the city’s investment wells appear to be filling up.

The development of the country’s largest mixed-use node‚ by the same developers who built the Melrose Arch precinct in Johannesburg‚ comes just weeks after the city received over R5-billion in subscriptions for investment in green bonds‚ according to De Lille.

According to the State of Cape Town Central City Report for 2016 by the City Central Improvement District (CCID)‚ more than R16-billion has been invested in developments in the city’s four precincts since 2012.

“The next exciting one that we are working on is getting a direct flight between Cape Town and New York. And we are very close to getting it‚” De Lille said.

The new complex will be built on a 5.8-hectrare site and will comprise of six individual towers. It will offer residential‚ retail and office spaces and construction is expected to create 2‚500 new jobs.

Managing director of the Amdec Group‚ which is responsible for the development‚ Nicholas Stopforth‚ said the concerns over the city’s ongoing problems with congestion and water scarcity were considered in the planning.

“There will be people who have motor cars and add to the congestion‚ but the vast majority of people will live on precinct and use [most] of those facilities‚” he said.

“We will maximise rain harvesting techniques across areas which are available to harvest rain. We will also engage in grey water use and convert that which we can into irrigation-type water. We rely on the city for potable water.”

Residents of the city along with civil society groups have complained of a lack of affordable housing in the CBD‚ but De Lille said that more would be made available.