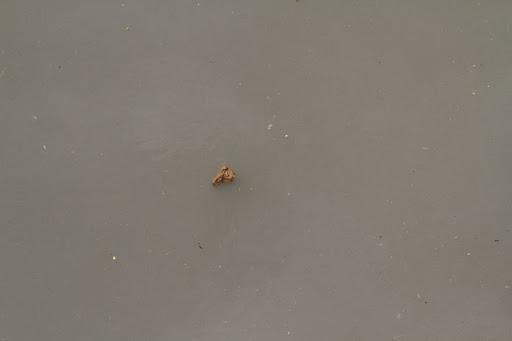 “And we wonder why the nickname is Dirtbin.”

It was an email subject line that immediately attracted attention. It was sent to reporters on Tuesday morning‚ accompanied by photos of raw sewage – including floating pieces of human faeces – flowing into the Durban Marina.

“The smell was horrendous‚” said Durban resident and PR consultant Sophie Thompson‚ who took the photos. “It was way worse than it usually is at that tide level. It was stomach-churning watching all the raw sewage floating down Lavender Creek… again.”

The eThekwini Municipality has warned residents to not go into the water near the Marina and Point Yacht Club because of the spillage.

This is the second time in less than two weeks that raw‚ untreated effluent flowed down the creek and into the Marina. On October 7‚ a fault at the Mahatma Gandhi Pump Station resulted in sewage overflowing into the Marina‚ near the Point Yacht Club.

While the eThekwini municipality said the fault was repaired‚ a spokesperson confirmed on Wednesday that a new fault at the same pump station had resulted in Tuesday’s spillage. By Wednesday‚ it had not been repaired.

Thompson said: “This is the second time in ten days this has occurred. Dinghy sailing was cancelled on October 7 due to the hazardous waste that was in the water. And it wasn’t just human waste; it was pads and tampons floating down the last time. And a lot of it.”

“We have been working so hard over the last week‚ trying to piece the Marina together after the massive storm hit us last week. With all the muck and the litter that is floating around‚ the health hazards are dangerous anyway — and now adding to that is the raw sewage. I was supposed to be pulling two of the yachts that sank last week out today. We are all battered with loads of cuts and bruises from the last week saving the Marina‚ and now to get in the water with our open wounds and risk contracting e.coli or something worse‚” he said.

He said that the previous incident “went on for days”.

“I wonder how long this will take to fix? How hard is it to fix the problem?” he asked.

Asked about the spill‚ eThekwini spokeswoman Tozi Mthethwa confirmed that there were health risks involved – but said the council was treating the water and doing tests while the exact cause of the fault was being investigated.

“Residents are advised to stay clear of the water.”

“A technical issue at the Mahatma Gandhi Wastewater Pump Station has resulted in sewerage overflowing into Lavender Creek canal near the Durban Yacht Club. The competent authorities have been notified duly and all our teams are on site. The old issue at the pump station was dealt with and the pumping operations resumed on October 9. This is a completely new incident‚” she said.