Brother whose sister died in Duduzane Zuma crash speaks out 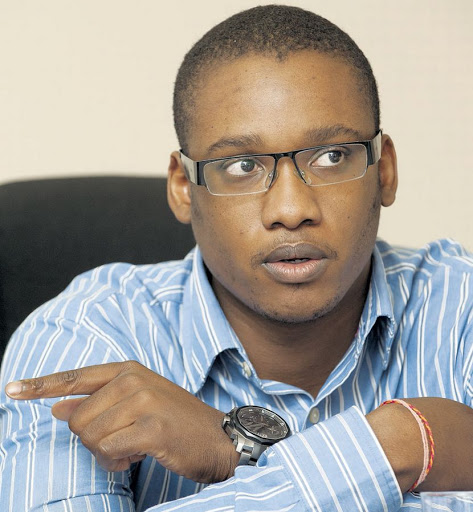 “This is a miracle. This is a gift from God. Now we will finally get justice.”

With his voice cracking with emotion‚ Pedzisani Dube said the family were praying that they would finally have answers as to why President Jacob Zuma’s son‚ Duduzane Zuma‚ escaped prosecution for his sister’s death.

Three years ago Zuma crashed his Porsche into the taxi transporting Phumzile Dube on the M1 in Johannesburg in 2014.

Despite recommendation’s from the inquest magistrate‚ Lalitha Chettey‚ that Zuma be prosecuted for his negligent actions‚ the National Prosecuting Authority declined to.

WATCH: Duduzane Zuma in exclusive BBC interview: 'I like the Guptas'

For three years the family have been kept in the dark about the decision. They have struggled to survive‚ unable to send Phumzile Dube’s five-year-old daughter‚ Thembizile Dube‚ to creche.

The Road Accident Fund never paid them compensation for the accident‚ with only the taxi association‚ which owned the minibus taxi Dube was travelling in at the time‚ paying them out.

They received R5‚000 from the association.

A tranche of leaked Gupta emails for the first time revealed that the NPA had taken the decision not to prosecute despite Chetty’s recommendations.

On Tuesday‚ civil rights organisation‚ AfriForum‚ announced that based on the leaked emails‚ and information that they had obtained from those with knowledge of the accident‚ including lawyers involved at the time‚ they would be pursing a private prosecution against Zuma.

Leading the prosecution will be renowned prosecutor Advocate Gerrie Nel.

Dube’s brother Pedzisani Dube‚ speaking to TimesLIVE exclusively‚ said they were very nervous about what lay ahead.

“But‚ we have faith that these people [AfriForum] will be able to help us. All we want is answers. We want to know why we were never told that the courts didn’t want to prosecute the man who killed our sister.

“The justice we want is for our mother and Phumzile’s daughter‚ Thembizile. Ever since that day Thembizile has been looking for her mother.

“She is so young and does not understand why her mother can never come home. This [prosecution] will mean that one day we will be able to give her those answers. Every child needs their mother and we want the man who took our sister away to give us those answers and be held responsible.”

Nel said their pursuit for justice was about ensuring that everyone‚ regardless of their surname‚ was equal before the law.

“This has nothing to do with selective prosecution.

“The family were never informed about the decision not to prosecute Duduzane Zuma. They were never given any financial assistance. They never received any help other than R5‚000 from the taxi association for the death.

“This is about bringing justice to a family who have never received closure. It’s about ensuring that people are held to account for their actions‚” said Nel.

“Despite the inquest magistrate finding that prima facie proof had existed that Dube’s death had been caused by Zuma’s negligent actions‚ the Deputy Director of Public Prosecutions decided not to pursue the matter.”

He said the decision not to prosecute was only revealed after the Gupta email leaks became public earlier this year.

Nel said they had submitted their application to the National Prosecuting Authority (NPA) on Tuesday for a nolle prosequi – a certificate required to pursue a private prosecution.

“We believe that the case for prosecution is good and we are now awaiting the NPA’s decision.”

He said if the NPA declined to issue them the certificate they would approach the courts to force them to do so.

“We believe the only reason they would not issue the certificate is that they have had a change of mind about not prosecuting Duduzane Zuma.”

AfriForum’s CEO‚ Kallie Kriel‚ said the intended private prosecution was to send a very clear message that no one was above the law‚ “not even if your surname is Zuma”.