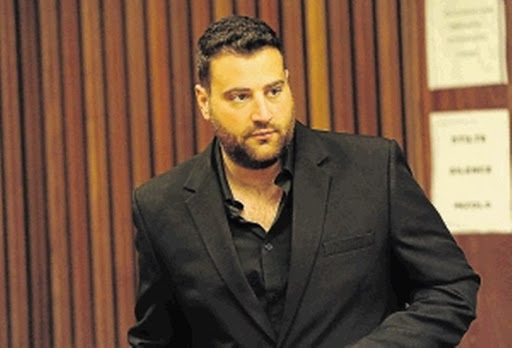 MANY CHARGES: Christopher Panayiotou, one of the three people arrested over the murder of his wife Jayde, appeared in court yesterday Photo: Mike Holmes

The Panayiotou murder trial resumes on Monday morning‚ with the defence expected to finalise their case.

The question on everyone’s lips is whether or not Chanelle Coutts will take the stand.

Advocate Terry Price SC had indicated during the last sitting in the Port Elizabeth High Court in September that they intended to call Christopher Panayiotou’s mistress to testify on his behalf.

The defence will then close its case. Prosecutor Marius Stander said he would bring an application to reopen the state’s case.

Panayiotou is accused of the murder of his wife‚ Jayde‚ in April 2015‚ alongside alleged hitman Sinethemba Nemembe and co-conspirator Zolani Sibeko.

In an interview shortly after the murder‚ Coutts told The Herald that Panayiotou was not a murderer.