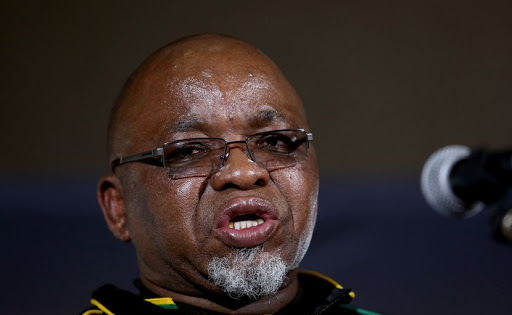 Secretary General of the ANC Gwede Mantashe briefs the media after delivering his diagnostic organisational report in plenary at the ANC Policy Conference held at Nasrec. Picture: Masi Losi

Sisulu lambasted Mantashe for endorsing Cyril Ramaphosa for the ANC presidency and said he lacked “the necessary objectivity and credibility to run a democratic conference” in December.

She made the scathing comments after speaking at the commemoration of AmaXhosa King Sarhili near Cofimvaba at the weekend in the Eastern Cape‚ the Daily Dispatch  reported on Monday.

Citing her own struggle credentials‚ she said that women had the required skills to lead the ANC. “In all the time the ANC was operating underground [under] very difficult circumstances‚ [it was] women who saved the ANC. The question is: where was he [Mantashe] when we were fighting for this freedom in exile and in jail‚ which he today is abusing for [his] personal interests?

“He must hand over an ANC that is intact. Under him as an SG [secretary-general] we gave birth to COPE and EFF and fractured Cosatu – something we never imagined‚” she said.

Mantashe told the newspaper that he could not be held personally responsible for the party’s misfortunes. “It is mischievous to say that the ANC in my time is not intact‚ as if I am the president‚” he said.