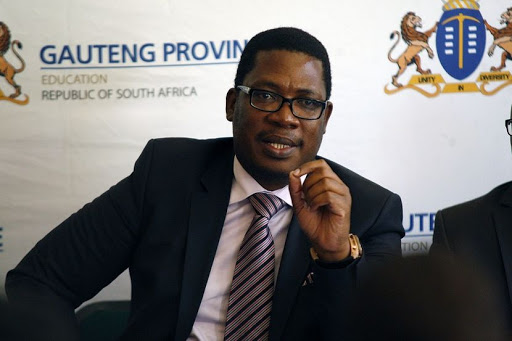 “He was indeed vetted. The fingerprints were taken and were linked to all relevant cases. The only thing that was picked up was three cases that he opened against other people for criminally related cases‚” Lesufi said on Radio 702 on Friday.

He said there were no cases against the men. The police‚ however‚ will “dig deeper” than what they have found.

Lesufi said the department has so far received 44 dockets from parents who have come forward with evidence against the 56-year-old patroller.

“We are convinced we are in a position to reach that number. As indicated‚ 83 of the learners have raised one form of sexual harassment or another‚ so we are working around those figures‚ so that‚ by the time we go to court‚ we have the necessary information.”

Lesufi said the department was “shattered” that it had taken long for the incidents to come out.

“It’s not one person … it’s 83 children. We can’t just say our policies are functioning‚ our reporting structures are functioning … It’s not. The mere fact you can have 83 learners going through this pain‚ in one school under a year‚ it’s shocking.”

Lesufi said the department of education has failed the children and should take full responsibility.

“All of us‚ the entire education system must hang our heads in shame and say we failed society. We failed these children.”

Details of the alleged paedophile emerged after pupils told their parents that they had been touched inappropriately by the man.