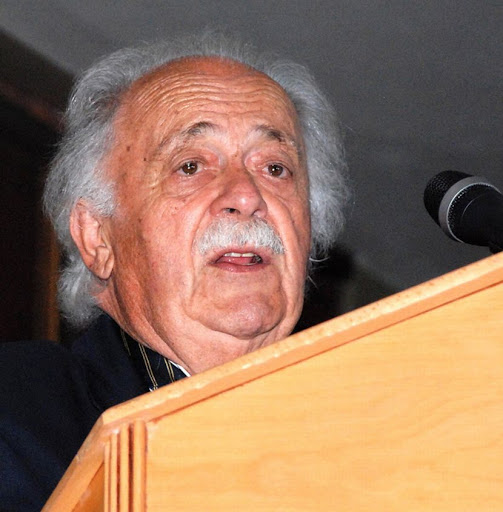 Tears welled up the eyes of renowned anti-apartheid lawyer George Bizos after the Pretoria High Court’s inquest into the death of activist Ahmed Timol found that he did not commit suicide but was murdered.

Now 88 years old‚ he was a junior counsel in the 1972 inquest that accepted Timol committed suicide by jumping out of the window of room 1026 of the infamous John Vorster Square building‚ Johannesburg‚ in October 1971.

“Justice is something you have to pursue‚ a single judgment can help and I want to congratulate the people‚ Timol’s family‚ who took the matter up‚” he said‚ battling to hold back tears.

the matter for more than two years‚ saying he was honoured and vindicated by the judgment.

“This judgment justifies our efforts‚ justifies the efforts of the persons that helped me to expose eight murders in (my book) which were ignored by the then apartheid government‚” he said.

Salim Essop‚ who was arrested with Timol and tortured to near death‚ said it was unfortunate that those who murdered Timol were no more to face the consequences for their atrocities.

He however said he was consoled by the fact that Sergeant Joao Rodrigues was still alive and that the court has ruled that he be prosecuted for his role in Timol’s murder.

“Rodrigues had the opportunity to give information about what actually happened. He did not tell the truth. As Mothle said‚ he will be under investigation and hopefully he will be brought to book and prosecution. Not for only committing perjury but for being an accomplice to murder‚” Essop said.

He said Timol would never have committed suicide as they were both politically committed and that Timol would have gladly accepted a prison sentence.

Essop said would have worn the prison sentence as a badge of honour like he did with his five-year sentence.

“Of course it will not resuscitate his life but we continue to celebrate him for the contribution that he made. He represents a category of people that went through a similar experience‚ whose official explanation for their death is suicide‚ slipped on a bar of soap and many other callous explanations — explanations given to explain the deaths of young‚ healthy men and women who died in custody under the state security’s nose‚” he said.

He said Timol was a leading SACP activist in the country‚ saying most importantly they now know that he was killed.

“We are happy that today the memory of Timol cannot be thrown into the dustbin of apartheid history of lies but his dignity is restored and we can celebrate him…no amount of lies can stick to his incredible contribution in the liberation of our country‚” Mapaila said.

He called on the government to initiate a process to uncover the truth about other deaths in apartheid police custody for many other families to get closure and healing.