More extreme weather coming in the next few years 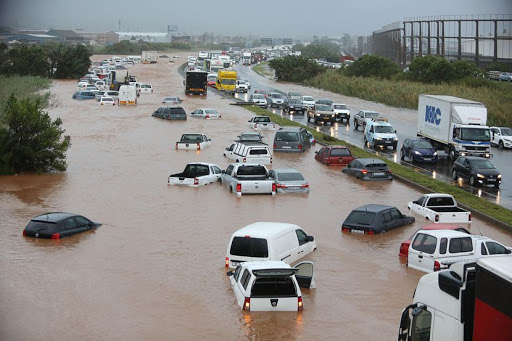 In the aftermath of the storms that battered Gauteng and KwaZulu-Natal‚ an expert in hydro-climatology from the University of Cape Town has predicted that climate change is likely to influence more extreme weather patterns in South Africa in the coming years.

“While it is not possible to look at a single event and attribute its occurrence to climate change‚ we do expect it will affect rainfall locally and will increase in intensity‚ with extreme events becoming more extreme‚” said Piotr Wolski from UCT’s Climate System Analysis Group.

But he said the current weather occurrences needed to be studied further.

“In practice it can increase the odds of a thunderstorm of great magnitude. Where it might take place every 100 years in a natural climate‚ it might increase to once every 30 years because of climate change.”

Insurers are bracing themselves for the barrage of claims that are likely to emanate from the storm damage‚ which tore off roofs‚ flooded roads‚ smashed windows and cars‚ uprooted trees and left several people injured and dead.

“The increased frequency of extreme weather events over the past couple of years has been marked and left consumers and insurers counting the toll of weather-related catastrophes‚” said Mandy Barrett of Aon South Africa‚ insurers and risk advisers.

“General consensus from meteorologists is that climate change is having a massive impact on property losses and South Africa should brace for a new normal for abnormally heavy rain and hail storms‚ powerful winds and drought conditions in many regions‚” said Barrett.

Weather-related catastrophes like floods‚ windstorms and droughts have increased 600% since the 1950s‚ according to ClimateWise‚ a coalition of global insurers‚ brokers and industry service providers.

“Closer to home‚ flood events in 2016 racked up losses of R700 million in insured losses‚ while the recent Knysna fires and Cape Town storms in June clocked in at over R4 billion in damages. Alarmingly‚ the gap between the cost of weather catastrophes and the insured values is growing‚” said Barrett.

Edite Teixeira-McKinon‚ deputy ombudsman for short-term insurance‚ said people often did not read the terms of their policy.

“Often the storm is the straw that broke the camel’s back – a lack of maintenance and wear and tear are the real cause of the damage and the public assumes that it was the storm‚” she said.

“Of course‚ in many cases the claims are genuine. It will take a couple of months for claims from these particular storms to reach us.

“In my opinion‚ though‚ the weather in general is becoming more catastrophic in nature.”