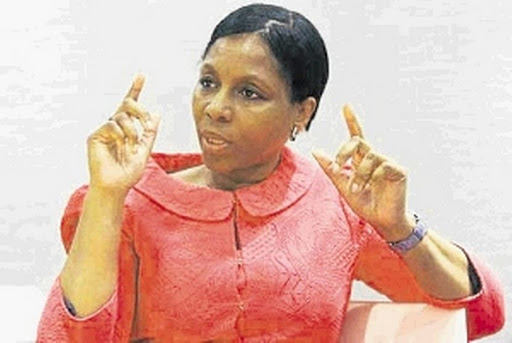 President Jacob Zuma has, by not appointing a new board, put the SABC on the platter for the ruling party to "recapture" it.

The "SABC 8 journalists" raised concerns about the "recapture project" of the SABC in an open letter yesterday.

The SABC 8, initially a group of eight journalists who challenged editorial changes at the public broadcaster during Hlaudi Motsoeneng's tenure, threatened to embark on a strike.

"We believe that a recapture project of the public broadcaster is afoot," read the two-page letter. It continued: "We will not allow our short-lived, recently gained freedom of expression to be rolled back."

The group declined to comment any further on the open letter yesterday, opting "to allow parliamentary processes to unfold", said the group's spokeswoman Thandeka Gqubule-Mbeki.

This while Communications Minister Ayanda Dlodlo appeared before parliament.

The SABC 8alleged that a meeting was held at Luthuli House, where discussions included utilising the SABC news division as a "propaganda tool" of the ruling party.

"We note, with concern, a reported meeting held at Luthuli House, wherein we believe it was said that the SABC news division is 'the only propaganda tool left to the ANC', and that the loss of this 'tool' would be resisted by the governing party," read the letter.

A meeting held last week between Zuma's spokesman Bongani Ngqulunga and SABC's group executive for news, Kenneth Makatees, was also raised as a matter for concern, with the group finding it to be "injudicious".

"We initiated it [the meeting] but this is nothing strange," Makatees said last week.

The SABC 8 journalists challenged Makatees to make minutes of the meeting public.

Dlodlo's spokeswoman, Pheliswa Sebati, said she told parliament yesterday that she will make sure that all three executive positions are filled by January 2018 deadline.

"It follows therefore that until then, these positions will be subject to acting arrangements as it is the case currently," Sebati said.

ANC spokesman Zizi Kodwa could not be reached for comment last night.