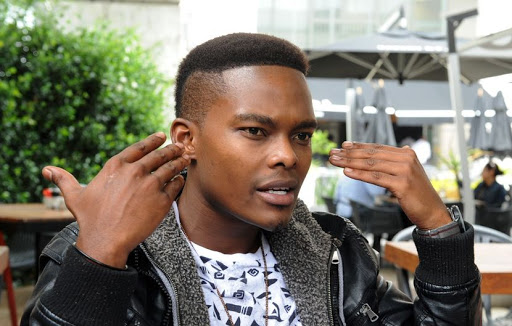 Rhythm City actor Dumi Masilela was no stranger to the men who shot him dead in an attempted hijacking in Tembisa two months ago.

This startling information was contained in the written confession of Sifundo Nkosi‚ who was applying for bail in the Benoni Magistrate’s Court last week.

“They knew the vehicle and knew Masilela‚” Magistrate Elmari Schutte said as she paraphrased parts of the confession before her.

Nkosi had told police they “usually don’t hijack vehicles of people they knew” but on that day‚ it was different.

“I drove until I was parallel to Dumisani’s car. Solly shouted and told me to stop and I stopped‚” Nkosi’s confession reads.

Masilela and a friend were seated in his Golf 7 vehicle.

Two of the six men were meant to have gone for Masilela’s vehicle but only Khumbudzo Solomon Mukhuba‚ known as Solly‚ got out. The door that was meant to have been used by the other gunman was secured with child lock.

Nkosi said Mukhuba approached the car and fired shots directly at Masilela’s car and then ran back to the Jeep.

A wounded Masilela had sped off in his vehicle. He later died at the Tembisa Hospital.

The Jeep that the attackers were travelling in had been hijacked in Daveyton a short while earlier.

At the time of Masilela’s shooting‚ the Jeep owner‚ Trevor Shabangu‚ had lay bundled in the back seat of the vehicle and had heard the gunshot ringing. He was later released.

Nkosi‚ however‚ made a u-turn on his confession‚ alleging the police had beaten it out of him.

He said he was not present when the Jeep was hijacked in Daveyton but he was later picked up by the hijackers in a tavern in Tembisa.

Delivering her verdict on his bail application‚ Schutte seemingly did not believe Nkosi’s new version. She denied him bail.

Mukhuba and Bongani Masombuka‚ the alleged mastermind of the hijacking plot‚ had not applied for bail. All three will return to court on October 25.

Police are still searching for the other suspects.