News analysis: This should be DA glory days‚ but now the opposition party is turning itself into 'ANC-lite' 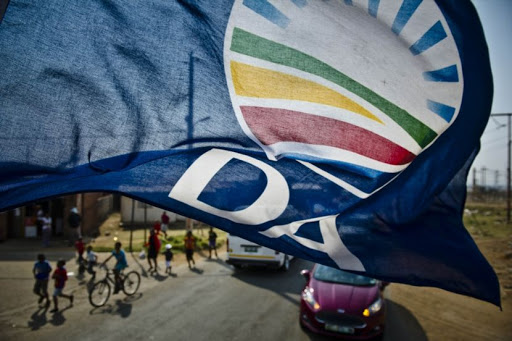 These should be the glory days of the Democratic Alliance.

As the ANC continues to devour itself‚ the largest opposition party in South Africa should be signing up disaffected members in droves and hosting photo opportunities to welcome former ANC leaders to their fold.

The DA could be adding to the ANC’s miseries by showcasing its achievements in the areas it govern.

It should also be maximising on its position as leader of the opposition to prepare to take power in the next elections.

Instead‚ the DA seems to be turning itself into “ANC-lite” with embarrassing fiascos‚ factional battles and allowing corruption scandals to be swept under the carpet.

Although disenchantment with the ANC is palpable‚ we have not seen any high profile defections to the DA.

With its baggage as a former white party‚ poor handling of race issues and propensity to trip over itself‚ the DA makes it difficult for ANC supporters looking for alternatives to consider the DA as their political home.

But the DA’s growth over the past few years and the changes to its leadership and outlook are nothing to be sneezed at.

The test‚ however‚ is in its ability to govern.

Only a year after coalitions were formed in the metros‚ Nelson Mandela Bay is in a state or turmoil and Herman Mashaba is constantly fighting fires in Johannesburg.

The Western Cape and City of Cape Town are meant to be the DA’s flagships but the party has managed to focus attention on its internal commotions rather than its delivery record.

The DA’s internal workings are somewhat shambolic‚ as has been evident in how the party dealt with the disciplinary processes against its MP Dianne Kohler Barnard and its former leader Helen Zille.

The matter involving Zille and her colonialism tweets showed how much the DA has to pander to its former all white constituency and exposed serious discord in the party.

It also exposed that DA leader Mmusi Maimane is not the ultimate authority.

Maimane appointed a special sub-committee of the DA’s federal executive to investigate “the political management and governance situation in the City of Cape Town”.

But bizarrely‚ he suspended De Lille and Smith from party activities until the investigation is concluded. And despite the suspension‚ Smith was elected as one of three deputy chairmen at the DA’s Western Cape congress at the weekend.

The congress also elected Bonginkosi Madikizela as its Western Cape leader despite a scandal lingering over his birthday party and him being a divisive and controversial figure.

The fact that Madikizela is a Zille ally and defended her tweets about the benefits of colonialism might have ingratiated him to her constituency but does not win him favours with broader society.

His election also does not speak to the party’s claim to ensure integrity in its ranks.

Maimane is clearly a leader with much potential and there is a long career ahead of him in politics.

But public trust in him and the DA is dependent on how the party functions‚ not what they say.

Maimane knows this and said as much at the DA Western Cape congress on Saturday.

Publicity stunts‚ such as last week’s march to the Gupta home in Saxonwold and the attempt to dissolve parliament last month‚ will not win the DA favours.

Between now and the 2019 elections‚ the DA will be closely watched by the electorate to see whether it is up to the task of governing South Africa or leading a coalition of opposition parties.

It has not covered itself in glory so far and has shown disdain for coalition partners it will need in 2019.

If it is serious about its ambitions‚ the DA must stop shooting itself in the foot and acting as the “Mini-Me” besides the ANC.