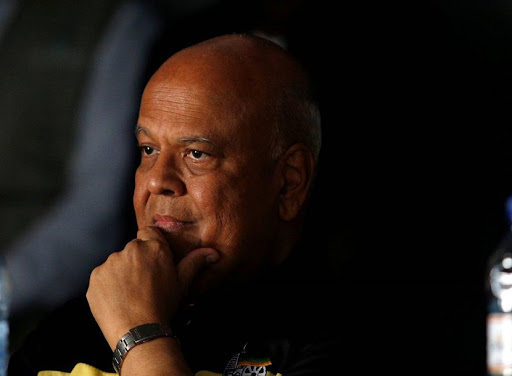 “In a context where we have state capture‚ pervading both SOEs (state-owned enterprises)‚ other institutions and law enforcement agencies as well‚ by implication. How are we going to get to a position where those who are truly guilty of things are actually going to be charged so that we can actually say innocent until proven guilty?” Gordhan questioned.

She said however the investigation will be too slow for those “baying for the immediate shedding of heads” on the basis of the leaked Gupta e-mails.

“The last time I looked‚ people were still entitled to be regarded as innocent until proven guilty or otherwise.”

Brown said she had not read any of the Gupta e-mails apart from what has been reported on in the media.

Gordhan said the department’s director-general‚ Mogokare Seleke‚ who was present in Parliament‚ was implicated in the Gupta e-mails.

ANC MP Mondli Gungubele said the increase in fruitless and wasteful expenditure by SOEs shows “everything is moving in the wrong direction“.

“When I appoint boards‚ I hope that they are truly independent ... I can go as far as determining which companies people are in‚ whether they have qualifications‚ whether they have criminal records. I will never be able to test who their friends are. There is the human element that I am not able to change within these boards.”

She said new executives had to be appointed to Eskom and that they needed to strengthen its disclosure system to prevent executives and other staff and their families from doing business with the company.